New Delhi . Farm Law MSP backfoot : PM Modi had announced on the occasion of Guru Nanak Jayanti that any laws would be withdrawn. Now this matter has also been stamped in the table of Parliament and the law has been repealed. Even after this, the farmers who had joined the movement did not stop the protest. His demand was that the central government MSP should also take a decision at the earliest. In this regard, the central government has softened its stand on MSP. The government has asked for the names of 5 representatives to discuss the matter related to MSP. Let us inform that in the last few days, the central government has come completely on the back foot on the issue of farmers’ movement, first the agriculture law and now the government has agreed to negotiate on the MSP as well. 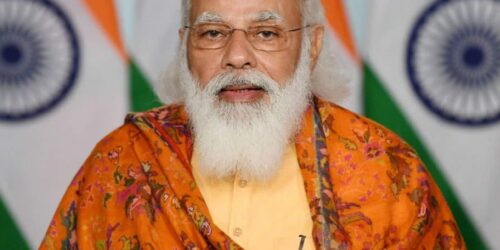 The leaders associated with the farmers’ movement confirmed

Farm Law MSP backfoot : The leaders associated with the farmers’ movement have confirmed the demand for the names of 5 representatives by the central government. Farmer leaders said that today it seems that the central government has taken a step towards ending the movement in the true sense. He said that we want to congratulate the farmers across the country and also want to thank them for supporting them. However, even after this, the agitating farmers did not say anything when they went home.

Also Read – What is road rage, know the psychology behind it and how to control yourself

The opposition was continuously creating pressure

Farm Law MSP backfoot : After withdrawing the Agriculture Act, the opposition was constantly attacking the central government. The opposition was also saying that the demand of MSP of the farmers was completely justified. Congress leader Rahul Gandhi had said that the central government will have to consider the MSP in the same way as the complaint has been withdrawn. Let us tell you that before the assembly elections in Uttar Pradesh, the Bharatiya Janata Party wants to remove this issue. So that its result does not affect in the UP elections.

The response of journalist Flavio Azzaro after being exposed in full Ballon d'Or gala: "I would not apologize to Lionel Messi"