That’s how the whole maths changed
Sarabjit Kaur Chandigarh Mayor: Delhi CM Arvind Kejriwal’s Aam Aadmi Party, which emerged as the single largest party in the Chandigarh Municipal Corporation elections, suffered a major setback when one of its votes was canceled due to torn valet paper, after which party workers strongly protested. There was a riot too. Now only for a year, but the BJP took over the reins of the mayor. Let us tell you that the post of Mayor in Chandigarh Municipal Corporation is only for one year. 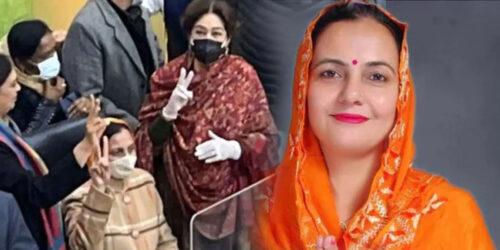 BJP’s Sarabjit Kaur was elected as the new Mayor of Chandigarh Municipal Corporation with 14 votes. A total of 28 votes were cast. pic.twitter.com/kN4VNptqE7