New Delhi | National Start-up Day: Now every year on January 16, ‘National Start-up Day’ will be celebrated in the country. Prime Minister Narendra Modi announced this on Saturday. During the interaction with the noble startup entrepreneurs, PM Modi said that I congratulate all the startups of the country, all the innovative youth, who are raising the flag of India in the world of startups. For this culture of startups to reach every nook and corner of the country, it has been decided to celebrate January 16 as National Startup Day. Startups from India can easily reach themselves to other countries of the world. So don’t just keep your dreams local but make them global.

Also read:- Is the world ready to follow in the footsteps of Europe and treat COVID like the flu?..Know the opinion of experts 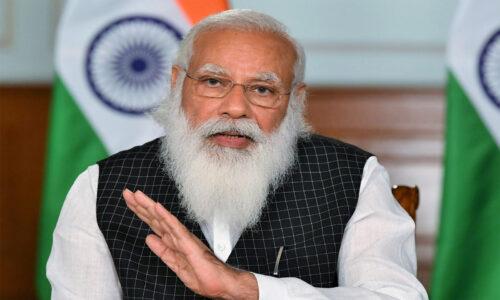 Today India’s youth is becoming a start-up
National Start-Up Day: PM Modi said in his dialogue that, our effort is to create an attraction towards innovation among students from childhood in the country and to institutionalize innovation. For this, more than 9 thousand Atal Tinkering Labs are giving opportunities to children to innovate in schools and work on new ideas. The speed and scale in which India’s young start-ups are building today. Earlier, only a few companies could achieve big milestones, but last year 42 unicorns were made in the country.

Earlier, even in the best of times, only one or two big companies could be formed, but last year 42 unicorns have been made in our country. These companies worth thousands of crores are the hallmark of a confident India. Today India is rapidly moving towards hitting the century of unicorns: PM Modi pic.twitter.com/Wv9mFh9U3N

Also read:- Investigation report of General Rawat’s death came to the fore, not under any conspiracy but due to spatial disorientation of the pilot, died in an accident

The campaign that is going on in India regarding innovation has the effect that India’s ranking in the Global Innovation Index has also improved a lot. In the year 2015, India was at number 81 in this ranking. India now ranks 46 in Innovation Index: PM Narendra Modi https://t.co/YBlQ4bTJPu pic.twitter.com/EXExMQkbN0

Is the world ready to follow in the footsteps of Europe and treat COVID like the flu?