Jaipur | The threat of Kovid-19 is increasing once again. Omicron has knocked a new variant of Corona. This variant, found in South Africa, is now creating a stir in India as well. Cases are being found in Karnataka, Tamil Nadu and elsewhere. Nine members of the same family have been found infected in Jaipur, Rajasthan. Days after four of them returned from South Africa, the health department was put on alert amid concerns over the “Omicron” version of the infection. The returnees from South Africa have been admitted to the Rajasthan University of Health Sciences (RUHS) hospital and swab samples of all nine people have been sent to Sawai Man Singh Hospital in Jaipur for genome sequencing, a health official said. ( omicron case in jaipur ) 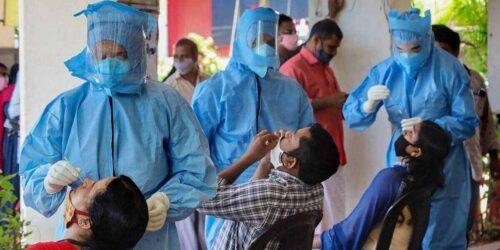 also read : Rajsthan : On the controversial audio of Congress leader AA Khan, Poonia said – it is clear from the words of aka Durru Mian that vote…

Chief Medical and Health Officer Dr Narottam Sharma said that 14 samples were taken from the family for testing, out of which the infection has been confirmed in nine. In contact tracing, it was found that four of them had returned from South Africa. The official said that as per the guidelines, the returnees from South Africa have been isolated at the RUHS hospital, while the other five have been home quarantined. There are currently 213 active cases in Rajasthan. The maximum 114 active cases are from Jaipur alone.

Then came the corona (omicron case in jaipur)

Jagdish Thakor is the new President of Gujarat Congress