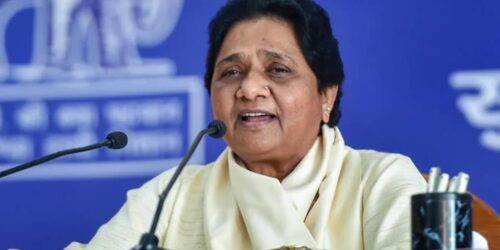 Sister is preparing to contest elections

BSP Mayawati UP Election: Satish Chandra Mishra said that along with Uttar Pradesh, elections are being held in five states including Uttarakhand. This time Behen ji is doing the work of contesting elections and is very busy in it. He said that on the basis of the guidelines given to us by Behen ji, we are making preparations to contest elections in these states. He clearly said that in all 403 seats of Uttar Pradesh, BSP will field candidates on its own without any alliance. He said that in Uttarakhand also BSP will contest alone while in Punjab BSP will contest in alliance with Shiromani Akali Dal.

BSP will come in government

BSP Mayawati UP Election: After giving the above information, the General Secretary of BSP said that once again the government of BSP is going to be formed in Uttar Pradesh. He said that there is no doubt that Mayawati is going to become the Chief Minister of the state for the fifth time. Let us tell you that before the assembly elections, Mayawati is not looking so active this time. Union Home Minister Amit Shah had also taunted Mayawati on this. But Mayawati gave a befitting reply to this taunt of Amit Shah. Due to his non-contesting, the political circles have once again increased the turmoil.

Ind vs SA Latest: Bad news for the Indian team in the middle series, now this player has been found infected.