Patna . Bihar Illigal Affair Murder : In this age of social media, criminals have become more vicious than before in many ways. One such case has come up in front of Palasi police station in Araria district of Bihar. According to the information, the police has arrested her father in the case of murder of a girl child. But this matter is not as simple as it appears. Two days ago, the body of a 9-year-old girl was recovered by the police in suspicious condition. Seeing the dead body, it seemed that some person had raped the girl and then killed her. When the post-mortem report came, the head of the police also turned around because the rape had not happened and the girl’s clothes were torn. 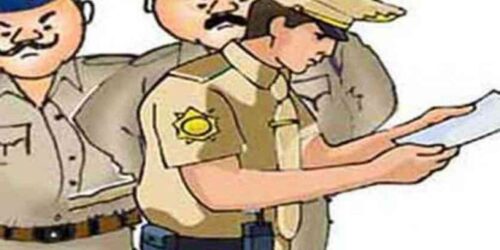 Bihar Illigal affair Murder : When the police started investigation, it came to know that everything is not going well with the parents of the deceased girl for the last few months. When the police interrogated relatives and neighbors in this regard, it was found that the mother of the deceased girl had an illicit relationship with the neighbor. Due to this relationship there used to be frequent quarrels between husband and wife. After this, the husband hatched a conspiracy to implicate the wife’s lover by killing his own daughter. However, after the initial investigation, the police had arrested the wife’s lover as the accused of murder.

Also read – 3000 years old cemetery found in excavation, why is the richest grave going where….

Bihar Illigal affair Murder : The accused husband has confessed his crime in front of the police. The accused told during interrogation that he himself stole the mobile phone of his wife’s lover. After killing the daughter, the mobile phone was intentionally left near the dead body so that Sara would go to it. However, due to the post-mortem report and mobile phone tracing, the husband was caught by the police. In this crime, a friend of the accused husband had also supported, the police have arrested both of them and are preparing to present them in the court.

Also read- IPL 2022 Schedule Corona: It will be organized in India only, know, what is the preparation in the middle of the third wave ..