New Delhi: The Congress party has once again raised the issue of sidelining the BJP and not recognizing veteran leader LK Advani and said that the ruling party should respect its own senior leaders instead of Congress veterans ahead of the Goa Assembly elections. Goa Congress President Girish Chodankar made this statement after the BJP-led state government gave lifelong cabinet status to former Chief Minister and sitting Congress MLA Pratapsinh Rane. However, the 82-year-old Congress leader is yet to accept or reject the honor conferred by Goa Chief Minister Pramod Sawant. ( bjp respect congress ) 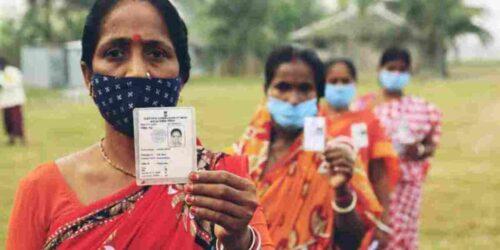 BJP may have forgotten Advani

Chodankar said in a media briefing on Friday that there is a senior leader in our country. A big leader who is respected by all – LK Advani, perhaps the BJP has forgotten him. We want to remind Advani, who created the BJP, has been pushed to a corner. You don’t respect your leaders, but you want to respect our leaders…The BJP-led coalition government has taken this controversial decision before the upcoming assembly elections. Meanwhile, the BJP side of the story is that the offer of honor has been made in view of the fact that Rane has completed 50 years as an MLA from Porim assembly constituency without losing a single assembly election.

However, the Goa Congress President believes that the BJP has given honorary status to Pratap Singh Rane as the ruling party is likely to lose the Porim assembly seat, if the veteran leader chooses to contest it in the upcoming elections. Chodankar said the BJP is scared because if Pratap Singh Rane contests the election, he will win and the BJP will lose one seat. They are afraid of losing even a single seat. They are afraid of Congress. He did so out of fear. The opposition party also compared the move as a trick to give chocolates to a small child. It is like giving chocolate to a small child. They think that Pratap Singh Rane is a small boy. He wouldn’t fall for a trick like this. He has seen it all. Had Pramod Sawant wanted, he should have said that he (Rane) would be made. CM, why didn’t he say that. Pratap Singh Rane’s son, Vishwajit is currently the Health Minister in the BJP-led coalition government. ( bjp respect congress )

The first look of Bhojpuri film 'Massacre' is out, the trailer will also be released soon

After the announcement of EC, Akhilesh Yadav and Yogi Adityanath gave such reaction...