Lucknow: Uttar Pradesh Chief Minister Yogi Adityanath on Thursday launched a scathing attack on the Samajwadi Party, revealing that the scholarship for SC/ST children was stopped under the Akhilesh government. The previous government used to discriminate before providing scholarships to children. They especially stopped providing scholarships to children belonging to the SC/ST community. Chief Minister Yogi Adityanath said while transferring online scholarship of Rs 458.66 crore to 12,17,631 students. During the program, CM Yogi threw light on the anti-Dalit mentality of the Samajwadi Party. When we came to power in 2017, we came to know that only SC, ST children’s scholarship was stopped in 2016-17. Our government immediately restored the scholarship of the students. ( CM Yogi attacked the opposition) 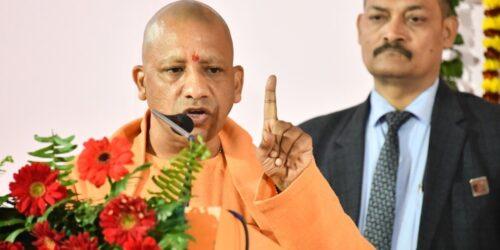 On October 2, 57 lakh students were sent the installment of scholarship

Attacking the SP chief, the Chief Minister said that the previous governments played with the lives and future of the children to fulfill their political interests. The CM said that in the last four and a half years, our government has connected more than 40 lakh children with the first scholarship. CM Yogi, while interacting with the students of various districts, congratulated them and said that a large number of schools-colleges, polytechnics could not start their sessions due to the COVID-19 pandemic. Due to late admission of students the scholarship is being sent in different installments. On October 2, the state government had sent the installment of scholarship to about 57 lakh students.

Students should not have trouble in purchasing course material

Along with this, the Chief Minister instructed to send the scholarship amount to the accounts of eligible students after completing the admission process by December 30 in various educational institutions of the state. He said that the students should not face any problem in reimbursement of fees or in purchasing any kind of course material for themselves. Apart from this, CM Yogi also announced to provide tablets and smartphones to the college students. He said that the government is working on an action plan for distribution of smartphones and tablets to students in various universities, engineering institutes, polytechnics, ITIs, nursing, paramedical and various other courses at undergraduate and postgraduate level.

On this occasion, CM Yogi said that it is the biggest discrimination that the Akhilesh government stopped the scholarship of the children of ST, SC community. CM Yogi said that this is a blatant example of directly obstructing the welfare schemes of the government by those elements who played with the lives of children in political struggle and rivalry.

CM Yogi said that under Abhyudaya Coaching, a large number of children have secured positions in various competitive examinations. The Chief Minister said that the Government is working to provide equal and immense opportunities to the students in the State itself, as a result of which many students have enrolled for Abhyudaya Coaching, who have achieved excellent results in the competitive examinations. Talking about Abhyudaya Yojana, CM Yogi said that there is a need to take it forward in all 75 districts. There is a need to link education with technology to prepare the students for the competitive examinations of the state. Abhyudaya Yojana should meet the needs of every child. ( CM Yogi attacked the opposition)