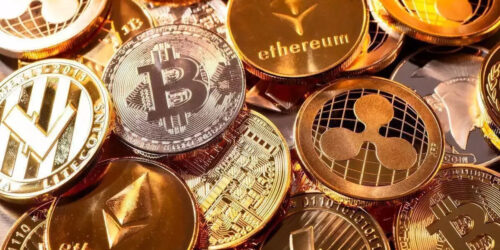 A bill banning all private cryptocurrencies in India will be introduced in the upcoming winter session of Parliament with some hopes of promoting blockchain technology. It was added in connection with the introduction of a central bank digital currency (CBDC) to create a facilitating framework for the creation of an official digital currency to be issued by the Reserve Bank of India. The Lok Sabha Bulletin did not give any other details regarding cryptocurrency and regulation of the Official Digital Currency Bill, 2021.

What is Central Bank Digital Currency?

According to the Reserve Bank of India, a Central Bank Digital Currency or CBDC is a legal tender issued in a digital form by a central bank. It is similar to fiat currency and is one-to-one exchangeable with fiat currency. Only its form is different. In a statement issued by the bank, RBI describes the difference between CBDC and cryptocurrency. A CBDC is a digital or virtual currency, but it is not comparable to the private virtual currencies that have grown over the past decade. Private virtual currencies sit at substantial barriers to the historical concept of money. They are not commodities or claims on goods because they have no intrinsic value. Some claims that they are like gold seem clearly opportunistic. Usually, certainly for the most popular now, they do not represent the debts or liabilities of any individual. There is no issuer. They are not money (certainly not currency) as the term has come to be understood historically. In this regard, a CBDC would be something that supports the banking system or complements the existing framework.

RBI Governor Shaktikanta Das has repeatedly reiterated the central bank’s concerns about the digital token and its craze in India despite not being recognized as a currency. The issue was discussed earlier in the month at a meeting chaired by Prime Minister Narendra Modi, who has also expressed concerns about the use of cryptocurrencies for illegal work. In the Prime Minister’s meeting on the issue earlier this month, the general consensus was that the steps taken by the government in this area would be ‘progressive and visionary’. There was also a discussion then that the “irregular” crypto markets cannot be allowed to be the way for money laundering and terror financing. Government sources said on the Centre’s decision to introduce the Bill. He said on Wednesday that a strict mechanism would be put in place so that law enforcement agencies can trace the origins of cryptocurrencies used for illegal or anti-national purposes. (cryptocurrency future)

Railway gave big relief! Now platform ticket will be available for only 10 rupees, will not have to spend 50 rupees

Maharastra: Court imposed Nawab Malik's class, said- I will not give statement and tweet till next hearing....