New Delhi | Guwahati-Bikaner Rail Accident: The death toll in the Guwahati-Bikaner Express train accident that took place in Jalpaiguri district of West Bengal on Thursday, ahead of Mankar Sankranti, has now reached 9, while 36 injured are being treated in hospitals. According to the information, 1,053 passengers were on board the train at the time of the accident. Today on Friday, Union Railway Minister Ashwini Vaishnav is going to visit the accident site. 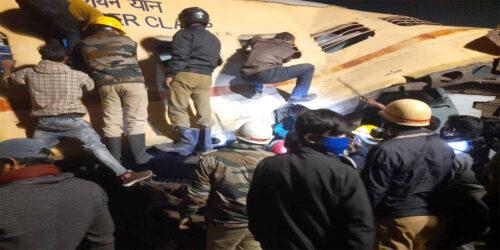 Passengers were trapped in the bogies

Guwahati-Bikaner Rail Accident: 12 bogies of the train derailed, while 4 bogies completely overturned and climbed on each other. Several passengers were trapped in the bogies in the accident. After which at least 50 injured were rescued during the relief work. After the accident, two teams of NDRF reached the spot and did the work of saving the people. Those injured in the accident have been admitted to Jalpaiguri District Hospital and New Moinaguri District Hospital. 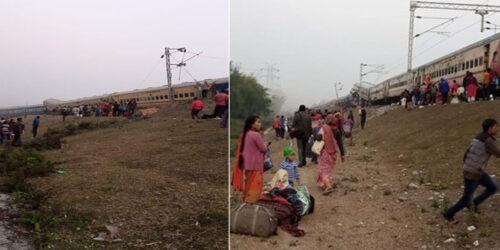 Announcement of 5 lakh to the family of the dead in the accident
President Ram Nath Kovind, Prime Minister Narendra Modi, Vice President M Venkaiah Naidu have expressed grief over this horrific train accident and wished the injured a speedy recovery. Along with this, the Ministry of Railways has announced a compensation of Rs 5 lakh each to the next of kin of those killed in the train accident, Rs 1 lakh to the seriously injured, and Rs 25,000 to the minor injured.

Veteran actor Vikram Gokhale made a short film about an interesting story on Corona lockdown, this Bollywood actress was cast!

Before Karishma Kapoor, this daughter of Kapoor family had stepped into the world of Bollywood