New Delhi. Civil Aviation Minister Jyotiraditya Scindia on Friday called the comparison between the present Narendra Modi-led government and Dr Manmohan Singh-led governments a difficult task, saying there is a “ground-sky” difference in the way the two work. He told the privatization of Air India in the interest of all.

Politics by Mr Scindia a private news channel, Were invited to a session of a special event of open discussion with the people of the Governance and Culture sector. On the question of comparison between Modi and Manmohan Singh government during discussion on various topics, he said that it is difficult to compare between the two. There is a difference of earth and sky in the way of work of both. They said, Prime Minister Modi’s government is a result oriented government. Decisions are made fast in this government. My experience of four months is that this government wants productivity. For this the whole system works. 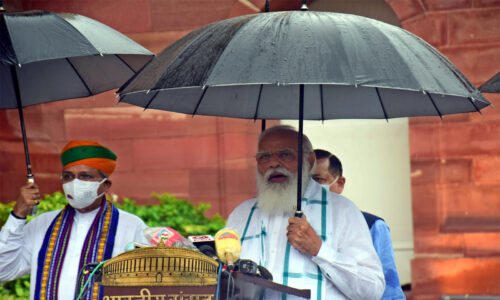 government airline Air India 18,000 He termed the decision of handing over Rs. crores to the Tata Group as a profitable decision for all and said that the airline will now have a new role in the civil aviation sector. He said that every year at this time in the country 14 Millions of people are traveling by plane. year after year in 10 percentage is increasing. In contrast, the number of passengers in the first and second classes of the railways is 18 crores. This is an increase of five percent annually. In this way, in a few years, the aviation sector will overtake the railways in this matter.

Private Bill could not be introduced in MP