However, the Bihar Police had resolved not to consume alcohol and ensure prohibition. But the Central Armed Police Forces (CAPFs) are all set to sell liquor online to their 8 lakh employees. Where there will be no limit on DG quota. According to sources, Border Security Forces like Central Reserve Police Force (CRPF), Sashastra Seema Bal (SSB) and Border Security Force (BSF) are ready with their Standards of Procedure (SOP) for implementing the system and have started testing Is. Initially jawans can get liquor online, later all CAPF staff members will have facility to buy liquor online from other canteens of forces after the system is centralized. The Indo-Tibetan Border Police (ITBP) launched this system 12 months ago and has been using it since then. The system is in the final stages of launch after the Ministry of Home Affairs issued a letter to all forces in March this year asking for an early launch. (Exemption for CAPF employees) 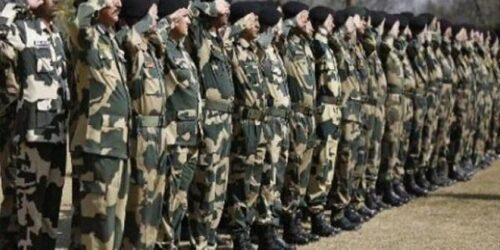 also read: UP Election: After Abbajan and Jinnah, SP’s counterattack, said – till the farewell of BJP is not, then there will be no laxity…

A senior CRPF official said sources claimed that discussions are underway at the home ministry level that a centralized system for all paramilitary forces could be handed over to the ITBP as it was the first company to introduce the system. This will help the jawans not to carry liquor bottles during their journey home as they can get the bottles from the nearby canteen from their homes as well. This will also help in monitoring the quota, which is very difficult to monitor in the present situation. At present, one can visit the canteens of various forces and get liquor more than the quota, after the introduction of this system, the jawans or officers will not be able to get liquor in excess of their quota, as it was introduced in the forces. Centrally monitored by This system will also have provision for retired employees. Through this system their long pending demand will be fulfilled and they can also get liquor from these canteens to a certain extent online.

According to sources, BSF is at trial stage and has already made the data online. A website page has been created as the force has to cater to around 2.5 lakh jawans and officers. Similarly, CRPF has put in place an SOP, which will be followed once the system is in place. Reviewed a communication where SOPs have been sent to top heads earmarked for distribution of liquor digitally. According to the SOP, different ranks will get different quantities of liquor ranging from three to 14 bottles. However, there will be no DG limit and he can take as much alcohol as he wants. SSB DG has already issued a communication to implement the system by next financial year. Sources in the force say that the work is in the final stages.

How will the system work?

The Centralized Liquor Management System (CLMS) will be a web based application and smart cards will be issued to personnel on security deposit and transactions will be PIN based. Employees can check their quota online and place orders at the canteen. But the staff members will have to visit the canteen to collect their liquor using the PIN. Personnel posted in the respective states will have the option to buy liquor from nearby units. This would also help them not to carry alcohol during their vacation, and would allow them to buy it from the unit near their hometown. (Exemption for CAPF employees)

UP Election: After Abbajan and Jinnah, SP's counterattack, said - till BJP's farewell, there will be no laxity...