New Delhi. There has been a high alert in India on the new variant of the corona virus, Omicron. The central government has sent new instructions to all the states and asked them to increase testing immediately. Along with this, the central government has also said that more and more samples should be sent for genome sequencing and monitoring of hotspots should be increased. The result of the worldwide stir regarding this variant of the virus has been that despite not having a single case of this variant in India, the states and union territories have been asked to increase the strictness. Along with this, it has also been asked to prepare preventive measures from now on. corona virus corona update

On Sunday, Union Health Secretary Rajesh Bhushan has directed all the states and union territories to strictly implement the rules of quarantine and isolation regarding Omicron. All states have been asked to immediately increase the number of RT-PCR tests instead of antigen tests. The Center has ordered states to start active surveillance and do contact tracing in an aggressive manner. The Center has said that Omicron is a variant of concern. Therefore it is necessary to catch it immediately. For this, do maximum testing and increase surveillance on hotspots. 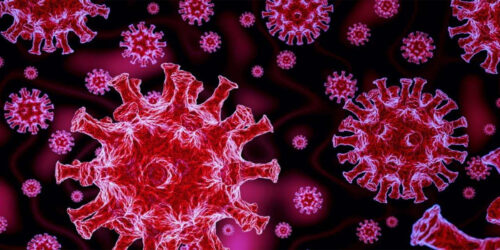 Read also TET exam canceled in UP due to paper leak

Countries where this new variant of Corona has been found so far, They are included in the list of At Risk Countries. In this regard, the states have been instructed to take extra precautions for the passengers coming from these countries. The Center has said that people coming from the countries which are included in the risk list should be quarantined., Their RT-PCR test should be compulsorily done and if found infected, every person who came in contact with them should be traced and isolated and they should also be tested.

For this, the states and union territories have been asked to increase the test in their place as well as increase the containment zone., keep active surveillance, Increase the scope and speed of vaccination coverage to prevent this variant of concern (Omicron) from entering or spreading in India. The Union Health Ministry has asked all the states to increase their testing infrastructure and at the same time prepare for it that if the cases increase, then the infected do not face any kind of problem.

Will the decision of international flights be postponed?

Bengali in-charge of Trinamool in every state