New Delhi | IPL 2022 Tata Group : This time IPL is going to be special in many ways. Earlier 8 teams used to play in IPL but from this time 2 teams have been increased and now 10 teams will participate in IPL. Along with this, another big news has been heard related to IPL. According to the information, India’s largest business group Tata will join as a sponsor for IPL from this year. Before this, China’s mobile manufacturer Vivo used to sponsor IPL. From time to time, there has been a lot of ruckus on social media for him, so this is a relief news for cricket lovers. 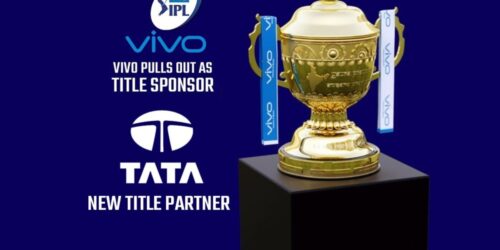 Vivo had bought the rights for 2200 crores

IPL 2022 Tata Group : Let us tell you that for 22 crores, China’s mobile manufacturer Vivo had bought the rights of IPL from 2018 to 2022. But after the controversy that started in the Galvan Valley in 2020, Vivo took a break of 1 year. After which the IPL was sponsored by dream11 in 2021. There was speculation that the BCCI would like to transfer the rights to the proper bidders. After which Tata joined his name with the organization of Vivo IPL 2022 by making the highest bid.

The Professional League Cup is drawn, amid the possibility of a postponement