Mouni Roy Wedding: Mouni Roy, the beautiful actress who has earned a bang in the Bollywood film industry from the small screen, remains in the headlines due to her photos on social media, Mouni Roy is going to be a bride soon. Fans are eagerly waiting for Mouni Roy’s wedding, let’s know when and with whom Mouni Roy is going to marry.

On the 27th of this January, Mouni Roy is going to get married with her boyfriend in a hotel in Goa. Mouni will take seven rounds with businessman boyfriend Sooraj Nambiar. This wedding is not going to happen in any small hotel in Goa but in a five star hotel. 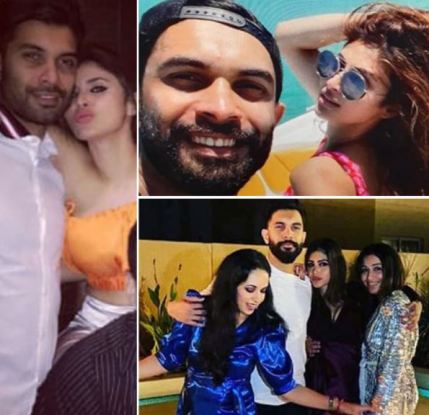 Mouni Roy is in a relationship with her boyfriend for a long time, Mouni’s future husband lives in Dubai, although Suraj is originally from India, but due to his business, he lives in Dubai Don’t like to share. That is why even for news related to marriage, Mouni has asked the media to stop. The source also told that Mouni Roy and Sooraj have also instructed their guests with the invitation not to leak this news to the media and keep quiet till the wedding day.

Mouni and Sooraj had met some time back, after which the process of dating started between them. Both love each other very much and are going to be together forever.

Nia Sharma did something like this with auto rickshaw drivers, video went viral

Sushmita Sen adopted child after breakup? Know what is the truth