New Delhi. Omicron, a new variant of the corona virus, is spreading rapidly in new countries of the world. In many countries, infection of this variant has been found in people who have returned from South Africa. Cases of this new variant have been found from the Netherlands and Denmark of Europe to Britain and Australia. together in the netherlands 13 People have been found infected with the Omicron variant. All these people had returned from South Africa. corona virus corona update

Friday in the Netherlands 61 people were found infected. among these 13 The Omicron variant was confirmed in people on Sunday. Two flights from South Africa had reached the Netherlands. In both these flights during the test 61 People were found infected. Later, when genome sequencing was done, it was found that 13 People have the Omicron variant. All the people who came in contact with these people are now being searched so that they can be isolated and tested.

On the other hand, Australian officials said on Sunday that the Omicron variant of Corona has been confirmed in two people here. According to media reports, both the cases have been found in New South Wales. The government has told that both these people had reached Sydney from South Africa on Saturday. Both have been vaccinated and had no symptoms. The search is on for the people who came in contact with them. 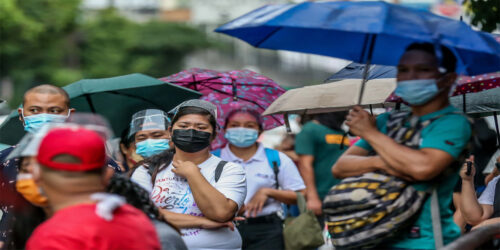 Earlier on Saturday itself, Britain had also confirmed to have two cases of Omicron variant. After the cases of the new variant were found, extra precautions are being taken across the country. Prime Minister Boris Johnson has again imposed restrictions. On Saturday, Johnson said – the government is going to tighten the rules for wearing face masks again. Now people will have to wear masks again in public transport and in shops. Johnson also announced to tighten the entry rules related to Kovid for those coming from outside the country. Now RT-PCR test will be done for every passenger arriving in UK from other country.

Will the decision of international flights be postponed?