Prime Minister Abiy Ahmed, who won the Nobel Peace Prize in 2019, pushed the country into civil war at his own hands. Ethiopia is today a country that is at war against itself. History is witness that such wars end in barbaric displacement and death. The whole country perishes and people are displaced and pay a heavy price. Ethiopia declares state emergency

Prime Minister Abiy Ahmed won the Nobel Peace Prize in 2019. He was praised then. The right person who brought peace to the unstable areas of Ethiopia was believed to have received the award. Countries and areas called African horns, It was seen as a ray of hope for both. But that was then.

Now there is all-round criticism of Nobel Peace Man Abiy Ahmed. They are condemned and insulted. With his own hands, his politics, increasing the regional, racial tensions in the country, he made such annihilation in the mathematics of electoral gains that Ethiopia is in serious civil war today. There have also been reports of massacre.

It started a year after winning the Nobel Peace Prize., Happened in November 2020. The prime minister pushed out the Tucchi, a regional party in petty politics, the Tigreyan People’s Liberation Front (TPLF). The party was from a tribal paramilitary group. Its dominance was in the troubled northern province of Tigreyan, as well as in the central government after the transition from military dictatorship to parliamentary system in the early 1990s. It was part of the model of running the country which ,ethnic federalism, where did it go. In this system, the regions divided largely on the basis of racial got some autonomy. The TPLF also dominated the federal government. national unity due to, The country got better in all three of the economic development and security. This model ran successfully for at least a decade. The country came out of its old troubles. Keep in mind that Ethiopia, Africa’s second most populous country, was devastated by a terrible drought in 1983-85. But then with peace he became the strongest economic power house in East Africa. That development of the country was due to the assertion of the people in basic civil liberties and political rights. This later led to a mass revolt against the authoritarian autocratic regime and Abi’s predecessor., Hailemariam Desalegn had to resign with impunity.

Then in 2018, the ruling sovereign class elected Abi of the Oromo caste to reduce tension in the country and changes in governance. But without dismantling the old political system. As prime minister, Abiy forged a new ruling coalition. new equations. By merging the four parties, a single new Prosperity Party was formed. This reduced the status of the regional-racial party. TPLF fell apart. The goal of one political party for the whole of Ethiopia, that is, the Prime Minister’s politics of domination of mine and my party on all sides, created fear in the regional parties of the territories. A sense of alienation prevailed in the Tigre-bred state, and Tigre leaders and militias moved to their mountainous center in the north, where they ran their own regional government. 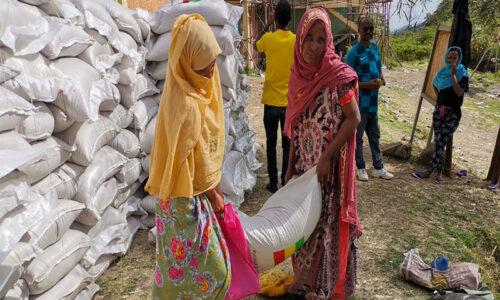 Tension escalated in September 2020. The people of Tigre, regardless of Prime Minister Abi, got the parliamentary elections held in their state which were postponed due to the corona virus epidemic. Abi called that election illegal. Both sides opposed each other. The central government cut the money going to the state and TPLF leadership. Stuck on both sides. Such a series of tit-for-tat started between the regional government and the federal government, which resulted in a face-to-face fight.,

On 4 November 2020, the prime minister accused the TPLF of an attack on the federal military base outside the regional capital of Tigre, Mekele, and of an attempt to snatch weapons there. Abi ordered a military operation. National troops from the neighboring Amhara province and also troops from Eritrea were sent. Within a month, Abi defeated the TPLF and its fighters, but it was a difficult task to form his own regional government in the rebel state, control it and eliminate the rebels.

As soon as the conflict started in one state, tension and violence erupted in other states formed on the basis of racial. Prime Minister Abi’s home territory, Including oromia. This region is the most densely populated in the country. In May 2021, the armed group Oromo Liberation Army (OLA) declared a “complete war” against Abiy’s government.

In June 2021, Tigre fighters recaptured the regional capital, Mekele. Then the central government declared a unilateral ceasefire and sought reconciliation with the TPLF. But he categorically refused a ceasefire and extended his fighting beyond the Tigre’s border into the neighboring Amhra and Afar territories.

Altogether thousands of people have died in civil war in this one year. More than 20 lakh people have been displaced from their homes. Much has been destroyed by famine, arbitrariness and tyranny.

Now the civil war is in full swing in Ethiopia. The Tigran army and their allies are advancing towards the capital, Addisaba. They are trying to block the way to Djibouti, the main port connecting Ethiopia, surrounded by land. The Ethiopian government has declared a state of emergency. The Prime Minister is appealing to the citizens to join the armed forces. Last week, Prime Minister Abiy announced that he would personally direct the struggle against the Tigre army and its allies.

they wrote,join the battle front, And ,Time has come to lead the country with sacrifice., After this, two Olympian athletes (twice gold medal and twice silver medal) enlisted in the army. On the other hand, in deteriorating conditions, the countries of the world have started asking their citizens from Ethiopia to return. 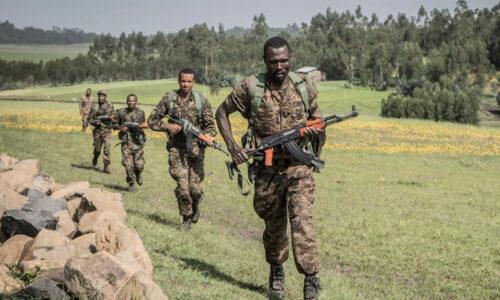 Ironically, Prime Minister Abiy Ahmed (after Barack Obama) could not uphold the importance and prestige of the Nobel Peace Prize. bridging the racial divide and peacefully, Despite promises of democratic freedom, Abi made repressive decisions. such as shutting down internet and telephone services, Arresting journalists and suppressing critics. Abi has also been criticized for “provocatively speaking” during the confrontation at Tigre. He called Tigre’s fighting group “wild grass” and “cancer”. In July, Abiy and his party won the general election in the midst of a war, but amidst boycotts by opposition parties. Many voters were not allowed to cast their votes. In this the voters of Tigre were stopped. All this is a point of great disappointment to those to whom Abiy had promised democratic liberality three years ago.

Obviously today Ethiopia is a country that is waging war against itself and history has witnessed that such wars end in barbaric displacement and death. The whole country perishes and people get displaced and pay a heavy price.

Freedom out of focus as soon as you are free!