Madhya Pradesh Chief Minister Shivraj Singh Chouhan today lashed out at Congress President Sonia Gandhi and party leader Rahul Gandhi over the issue of lapse in security of Prime Minister Narendra Modi in Congress-ruled Punjab, asking how is the political envy so much that the Congress plays with the life of the Prime Minister. 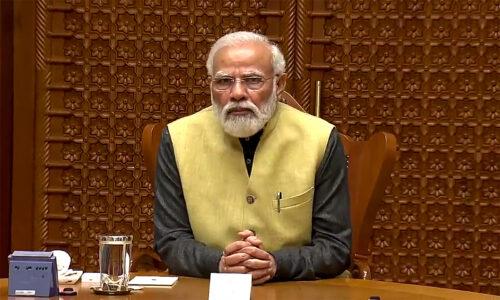 Chouhan performed Mahamrityunjaya Jaap for the long life of Prime Minister Modi at the local cave temple here today. After this program, Chouhan told reporters that Shri Modi has increased India’s prestige and self-respect all over the world. Today there is anger in the minds of the people all over the country, people are worried and surprised that the life of the Prime Minister of India was played with.

Gehlot got infected for the second time