New Delhi . CM Channi Pm Modi : Charanjit Singh Channi, who came under the target of Bharatiya Janata Party leaders in PM Modi’s security lapse case, has given a big statement. The Chief Minister of Punjab, Chennai has said that the Prime Minister aspired to be a Dictator but was banned by the Supreme Court. CM Channi also reacted to the worship going on for the long life of PM Modi across the country. He said that he himself will get Mahamrityunjaya chanted for the long life of the Prime Minister along with 11 pundits at his home tomorrow. 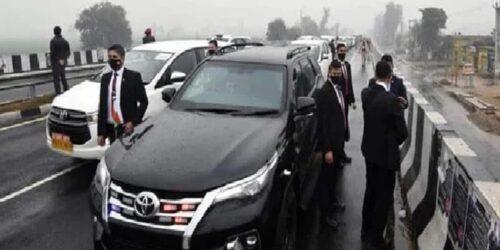 CM Channi Pm Modi : CM Channi said that if the Prime Minister is in danger from anyone, then I myself read the Baglamukhi mantra for him. He said that PM Modi will definitely benefit from all this and the number of his enemies will come down. Not only this, Chief Minister Charanjit Singh Channi himself also chanted Baglamukhi Mantra for the long life of PM Modi. Along with this, he said that Mahamrityunjaya chanting is necessary for him.

Also read – Air India has given big relief to air travelers, now money will not be deducted for changing the date of travel…

CM Channi Pm Modi : The CM said that we are happy that there is still democracy in the country. He said that the Supreme Court has in a way scolded the central government for how they can do two things simultaneously. CM Channi said that the central government is coming to another court and on the other hand it is issuing show cause notice to the state, how is it possible to do both. CM Saini said that there is such a big army in the country, if there is a police then how can the Prime Minister be in danger. If you make yourself a threat for political reasons, then it is another matter.

Also Read – Incredible! In this city of Rajasthan, property worth crores in the name of pigeons