After receiving inputs from multiple agencies on a suspected terror attack, security forces have issued a detailed alert for officers and soldiers deployed in five election states and for Republic Day celebrations in the capital and other parts of the country. Sources aware of the developments said that a detailed copy compiling information and inputs has been shared with the security forces, who have been asked to prepare their troops accordingly. According to the alert, terrorists may plan attacks or explosions to target high-profile politicians and security forces’ complexes, apart from crowded places and markets. Terrorists of various groups as well as anti-social elements plan their evil idea to attack/explode high profit leaders, security forces premises, crowded places/markets, railway stations, bus stands, religious places and important establishments etc. can make. (security alert issued) 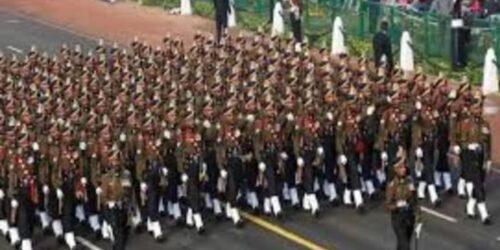 As per the orders, the senior officers have been asked to brief about the security exercise, conduct, importance of Static Guard, response in a emergent scenario, keeping necessary coordination with all the supporting agencies/stakeholders etc. All unit control rooms and centers should be suitably manned round the clock for quick exchange of information and effective coordination. Apart from activating their own sources for timely receipt of information, close liaison should be maintained with intelligence agencies and civilian police in the area. It said that rapid action teams should be deployed at suitable locations like airports to activate them in the event of any attack.

Tight security to avoid any incident

All soldiers have been asked to religiously rehearse the contingency plan and be extra alert and alert on duty outside and inside the camp areas to avoid any untoward incident. All areas outside and inside the camp should also be kept under constant vigil to avoid any untoward incident. In the wake of attacks on forces and their camps, soldiers have been asked to maintain proper access controls and strictly prohibit unauthorized persons. The premises should also be properly lit at night. The communication said that CCTV should be checked and technical support should be made available at all times. Dog squads should be used at appropriate locations and medical backup should be kept ready. (security alert issued)

Javed Habib did this act in the pursuit of creativity, apologized by releasing the video