The versatile singer, lyricist and composer Shaan does not need any introduction. From 1992 till now, he has sung the most successful songs of hundreds of films, TV serials and many private albums in Hindi, Punjabi, Marathi, Assamese, Kannada, Telugu, Bangla, Tamil, Gujarati and Urdu language. He also came as a judge on TV reality shows. These days he is making headlines by singing the song ‘Main Zinda Hoon’ in the first Hindi film ‘Chhipkali’ as a producer and composer of Bangla musician Mimo.

Film ‘Lizard’ Of for you One Special Song sang Is. His about some in Tell would like,

Mimo, the producer of the film, is basically a very good musician. He has composed music for many Bengali films. I have also sung for several Bengali language films under his music direction. Now taking a brave step, he has made a Hindi-language film ‘Chhipkali’. Mimo is like a younger brother to me. In today’s date, many people have been badly injured by investing their money in film production. That’s why I’m a little more concerned about memos. But he cannot reach anywhere without jumping. Meemo has to do some of the best creative work in the film industry. So I thought I should give some good constructive contribution from my side. I have sung a song in this film ‘Main Zinda Hoon’ under the music direction of Mimo. This is a very beautiful and emotional song. In the film, this song comes in the situation where the character feels that he himself has killed his wife. With the kind of situation in the film, it is natural to raise the question that who can kill other than him? Because he was the only husband and wife in the room and the wife has died. But he knows that he has not done any such thing. Due to which he is very confused. People are saying that look what kind of person is this? Killed his wife. So this is the song “Main Zinda Hoon” on the confusion and guilt he has. Its situation is terrible. Soham has written a very good song. Whatever turmoil is going on inside him, it all comes through in this song. This character from above is also the writer. Writers who do good writing honestly, they have less spice in them, so people like them less. Because of this also the author is stuck. It’s a background song, but it was fun singing it. When there are good visuals with the song, it helps to sing. 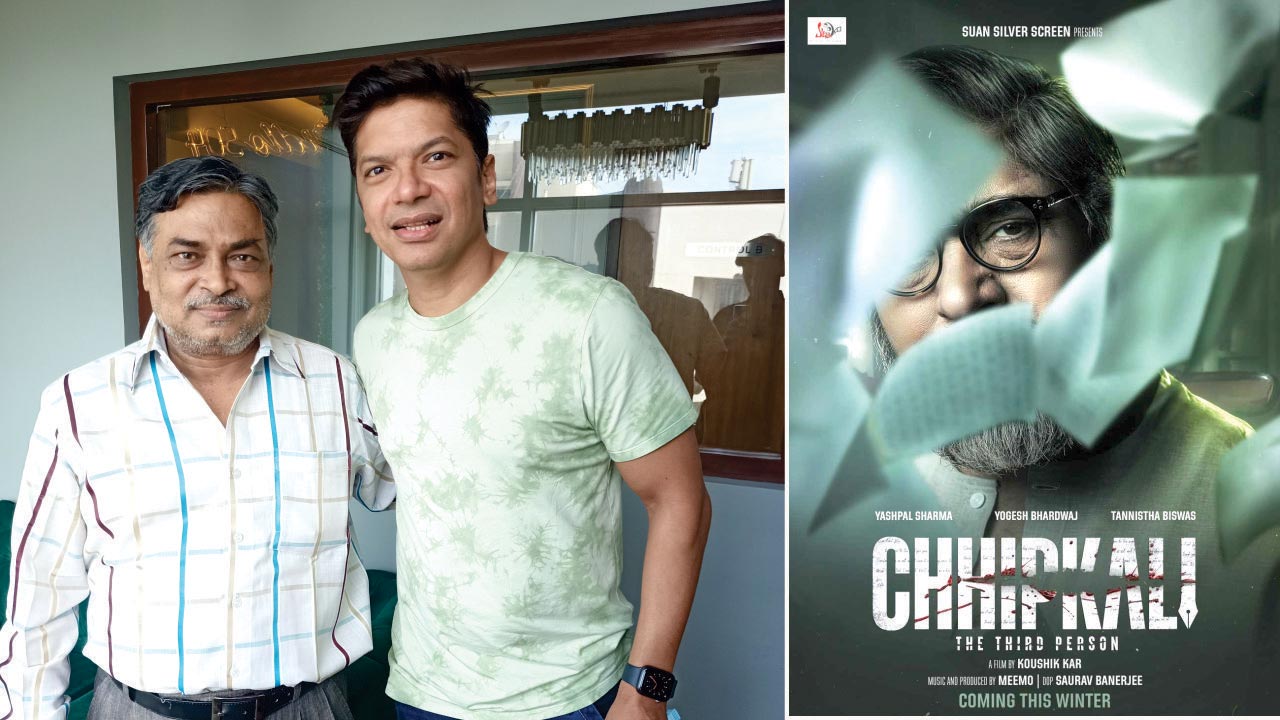 memo Of music directing In you First as well sang Is,So of their With Yours What Like Of tuning doing Is,

My tuning with Mimo has always been good. Mimo is a youngster. There is a freshness in his music. There is artistry in his music. In this song, the famous guitarist of Calcutta, Raja Chaudhary has played the guitar. To be honest, with every musician, my tuning is on the song. If the song turns out good, so does our tuning. It’s a pleasure to work with him from within. Then enjoy the work. If you don’t enjoy working, then you go out from the top. Well, enjoyed singing this song ‘Main Zinda Hoon’.

Any as well Song To Songs Of Inspiration Songs Of lines From joins Is or Film Of Story From,

I want to sing, so only his lines give me enthusiasm to sing it. But before composing the song, if we get to know about the situation in which the song will come in the story and the story of the film, then it becomes gold for us as singers. By understanding the place where the song is coming, it is fun to sing the song and the song becomes good. That’s why it is always my endeavor to understand the situation and story of the song. This song ‘Main Zinda Hoon’ from the movie ‘Chhipkali’ is the background song. If it was Lipsing, then many other questions would have to be asked. For example- what is the age of the character, what is his voice like? Which artist will be seen singing the song in the film? Taking information about all these things, the song shines through the song and also matches with the story and character of the film. These days ‘Lip Sing’ songs are being made very less. Most of the songs are coming from background only. But singing Lipsing has its own fun.

You versatile Talent the ones singer, musician,lyricist Huh. you acting as well Did,Many TV programs Of Operation Did,Many TV reality show Of Judge as well are. If You Ours whole career Feather gaze put Huh,So What find Huh,

To be honest, I did not join Bollywood with any big dreams. I still don’t dream much today. I never thought that I would get an opportunity to do so much work. But I am thankful to God for what I have got. I have had the wonderful support and love of many people in this successful journey so far. People supported me in good times, but even when times were not going very well, I remembered them. This is very important for an artist. We have seen here that when an artist is at the height of his career, then people run after him but as soon as his career declines, people immediately distance him. People always remember me, for this I consider myself lucky. People always called me and gave me work. I am doing some good work every other day. Maybe there must have been some good deeds in the previous birth.

you No think That Its Back somewhere No somewhere Yours Our Good Mood And Polite Behaviour as well One Reason Is,

I don’t think so Because everyone here needs to do good work. yes! The nature of this is that when your nature is not good, but you have talent and your star is on high, then people suffer you. In such a situation, people remember him only at the time of work. I have a lot of friends in the film industry, who keep on talking to each other for a long time on the phone whenever they want, even without doing much work. The period of laughter and jokes goes on between us. It is a good thing. According to me all are of good nature. At least there are few bad people in the music world. We all strive to do good work. Believe that these days, instead of work, you are getting work according to your name, fame and popularity of social media. Some people give you work by looking at the likes and views you are getting. People think that if it has more followers on social media, then they lose it, due to which the song will get ‘Push’.

social Media Of Views One creative Human Feather What Like From effect put Huh,

See, all of us creative people are doing commercial work, so social media views affect us. If we don’t want views, why should we keep our songs on social media? We make our own and listen to ourselves. We always put our songs on social media with the hope that this time our song will be liked by the people. I have also put some of my songs on my channel, every time there is a feeling that this time something viral will happen. The wonderful thing is that man always lives on expectations. When one hope runs out, he starts working on another project with double the expectation. I myself do not give much attention to social media. Because I believe in my work. I have a feeling that there is a standard in what I’m doing, which if people don’t understand, it doesn’t matter, it’s their problem. Generally it has been seen that the songs which are getting the most views, there is nothing special in them. Those are very simple songs. But social media is popular among the younger generation these days. The kind of superficial songs people are liking, if I do that kind of work, will people accept me, this is an important question I think people expect only quality songs from me. want to do Once I did something for which I got abused. But I did it with the thought that every human being should do everything, to know what it is? But what I did, neither did I get pleasure, nor did I enjoy doing that work, nor did people get happy. It’s fun to try new things all the time.

last Five The year In you Like this Who Like Song sang,Whosoever you Most Satisfaction provide Of,

When we compose songs on social issues, and its effect on the society, then we get happiness from it. We made a song ‘Dhak Dhak Dharti…’ on plastic ban. That song was also liked in UN and Desh Ki Ministry. The central ministries of the country used this song as a propaganda. Earlier we had composed a song ‘Tik Tik Plastic’ for ‘Bhavna Foundation’. Many singers assisted in this song. Everyone sang two lines. Social songs are not just songs. Rather, with such songs, we also give a message to the people. When that message is spread, happiness comes. For example, I sang a song about cleanliness for Indore city. When Indore city became number one in cleanliness, I got satisfaction. Otherwise we give hundred percent from our side while creating every song. I always work from my heart. I try that there should be some newness in the song. We made three songs for United Nation. Made one song on air pollution, one song on bio diversity and one song ‘Tik Tik Plastic’. These songs were written by lyricist Swanand Kirkire, composed by me and sung by many of our fellow singers. 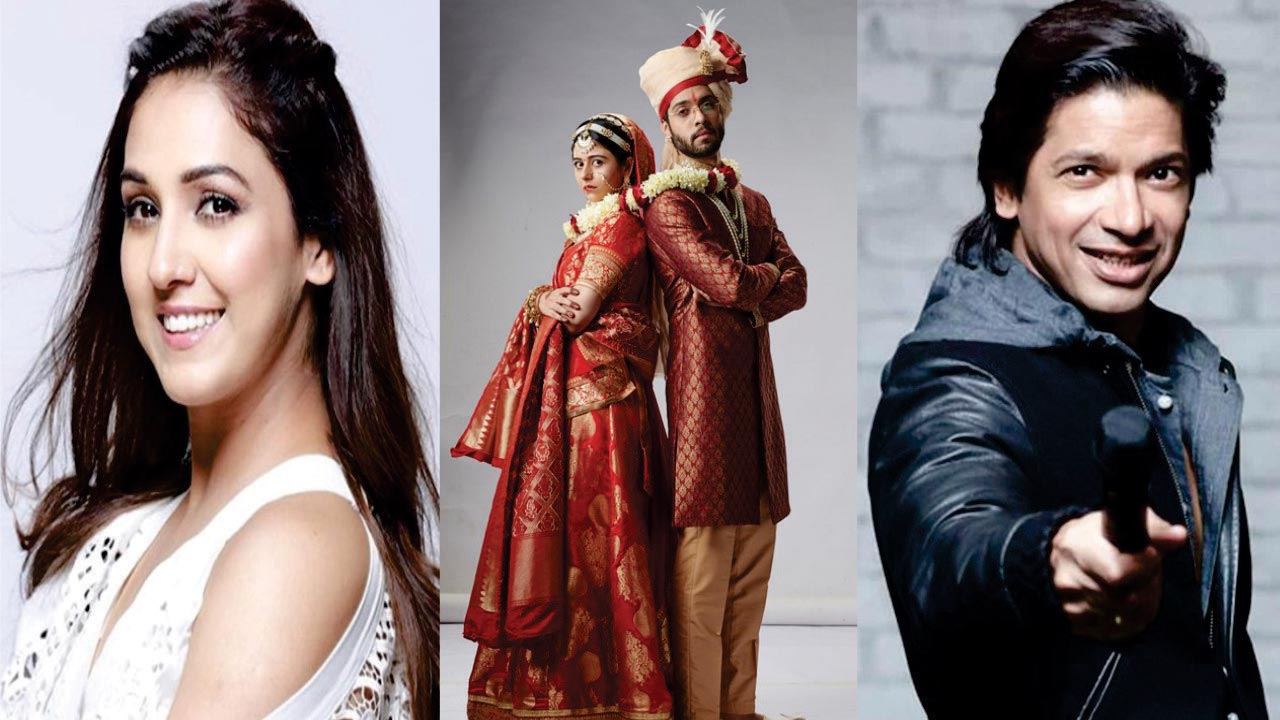 Condition hee In you Any second New Song sang Ho,

Yes! A serial ‘Kabhi Kabhi Ittefaq’ is about to come on ‘Star Plus’. This serial is a Hindi remake of Bangla serial. In this, I have sung the remake of music maestro Kishor Kumar’s song “Aate Jaate Beautiful…” which is the top song of the serial. I am a huge fan of Kishore Da and it feels great to sing this legendary melody composed by Laxmikant Pyarelal and the lyrics of Anand Bakshi. It is indeed an honor for me. No matter how hard I try, I can’t recreate the magic of the original song I’ve already created, so I sang under the direction of composer Dhruv as per the description given by him. I am sure that the audience will appreciate this song very much. Also, the title track for the show has been penned by today’s magical story writer Leena (Di) Gangopadhyay, who is a big name in the television industry. This title track will make people warm to this winter season!

Audience will also get to see Ranbir-Alia's romantic songs in 'Brahmastra': Pritam Chakraborty

Films to be released in 2022: Interesting stories full of love story, period and mystery will entertain the audience