Lucknow | UP Political Crisis: Before the 2022 assembly elections in Uttar Pradesh, the BJP’s ministers and legislators are showing a rebellious attitude by adopting party politics. After which there is a flurry of resignations in the Yogi government. So far 14 BJP ministers and MLAs have resigned from the party. Due to which the crisis of Yogi government has increased. In such a situation, now Shiv Sena MP Sanjay Raut has also made a big claim and announced that 10 more ministers are going to resign from the Yogi government. If this happens, then before the elections, the entire political math of the BJP in UP may get disturbed. 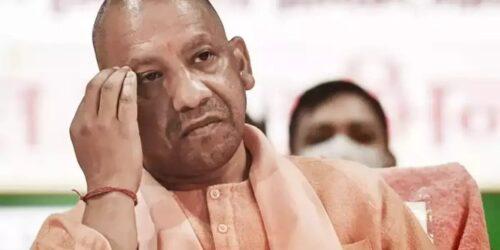 The number of resignations will increase, this is just the beginning, I know that 10 more ministers can resign. When only your prime ministers are leaving, then understand in which direction the wind is going: Sanjay Raut on the resignation of BJP MLAs in Uttar Pradesh, Shiv Sena pic.twitter.com/jQ2Byl5hDo

Also read: – Amidst the hurt of Corona, not a mask-sanitizer but a record-breaking sale of liquor…

Also read:- Here schools are closed due to Corona, then girls getting pregnant at the age of 12 to 13 years

After winning the award for photography, now I only want to move forward in this field: Boishali Lahiri