Baghdad. Fastest Divorce In Marriage : There is a different enthusiasm around the world regarding marriage. But if we tell you that a loving couple got divorced on the day of their marriage, then you will definitely find it strange to hear. One such case has come to light from Baghdad, Iraq. It has been told that during a wedding ceremony, the bride’s dance and song lyrics were so offensive to the groom and his family that they divorced the bride on the spot. There is a lot of discussion in social media that or Baghdad had the fastest divorce of 2022. 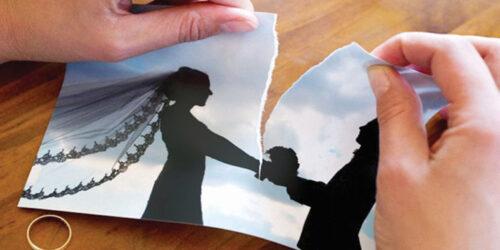 The ruckus over the lyrics of the Syrian song…

Fastest Divorce In Marriage : The lyrics of the song in the wedding ceremony is a Syrian song. The lyrics of this song were such that I will control you… It means in Hindi that I will control you… During the wedding ceremony, the family members of the bride and groom found this song inciting. The family members of the groom objected to this song on the spot. After which the groom took immediate action and decided to divorce.

Also read – Earthquake in UP politics! After Swami Prasad Maurya, who was Labor Minister in Yogi government, resignation of 3 MLAs, high command engaged in persuading

Divorce happened in the marriage hall itself

Fastest Divorce In Marriage : The groom and his family started creating ruckus in the marriage hall itself. On the spot, both the bride and groom got entangled with each other and the argument intensified. After which they decided to leave each other and got divorced in the marriage hall itself. This divorce was also necessary because all this ruckus started after marriage.

Also read- Ind vs SA Latest: Bad news for the Indian team in the middle series, now this player was found infected…

Not all video makers are from Bollywood! The crackdown on fake news started.