Shiv Sainiks in Maharashtra are furious over a BJP leader comparing Rashmi Thackeray, wife of Chief Minister Uddhav Thackeray, to former Bihar Chief Minister Rabri Devi. Earlier, Shiv Sainiks were furious that a woman anchor had compared Uddhav Thackeray’s son Aditya Thackeray to Rahul Gandhi. Think, if the members of the Thackeray family are compared to Rabri Devi or Rahul Gandhi, then what is the point of insulting it? It is a matter of honor on the contrary that their leaders are being compared with the established and big leaders of the country. But it seems that due to the stereotype created in the social media about Rahul and Rabri Devi, the leaders of Shiv Sena are taking these things bad. shivsena rashmi thackeray rabridevi 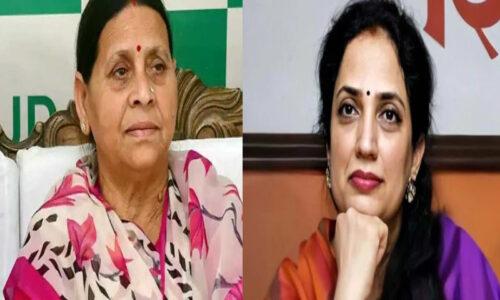 On social media, BJP’s IT cell and its affected group have promoted Rahul Gandhi as Pappu and Rabri Devi as a bawdy woman. Whereas in reality it is not so. But Shiv Sainiks are also influenced by the same social media, so they feel bad about these things. Keep in mind that the comment on Aaditya Thackeray was made during the ongoing turmoil after the 2019 assembly elections in Maharashtra. A woman anchor known for her folly had said on the TV channel that Aaditya Thackeray would prove to be the Rahul Gandhi of Shiv Sena. Shiv Sainik was so furious at this that the channel and the anchor had to apologize. Think, this remark was derogatory to Rahul Gandhi, a four-time MP and national president of the country’s oldest party, but instead of Congress, Shiv Sainik got furious and instead of apologizing to Rahul, the channel apologized to Aaditya Thackeray.

Birthday Special: Farhan Akhtar-Zoya Akhtar: Both are successful in their respective places