Students from the age of 5 onwards, presented to the public the works in which they were engaged throughout the school year with the help of their teachers, under the slogan “The disruption of the professions”, through which they sought to make the change visible, development, creation and future of different professions throughout history, as a consequence of the impact and consequent technological developments produced from the industrial and labor revolutions.

The cadets of the Security University also participated in the day, who through an agreement worked together with the School of Robotics, developed technological solutions, to different slogans and problems that were proposed to them.

In dialogue with Misiones Online, the director of the School of Robotics Solange Schelske, explained that this same event that took place this Friday in Posadas will be played in different Makers spaces in the province, the next two weeks.

“As every year at the School of Robotics, this is the fifth year that we develop the school’s paths and we make a presentation first at the beginning of the year, where the progress of the projects is shown and then at the end of the year the project is shown final and finished, ”explained Schelske.

Also present at the event were the Director of the School of Innovation Ramiro Aranda, Hugo Gimenez on behalf of Spepm, Veronica Derna, head of the Posadas Territorial Agency, the Legislative Secretary of the ICT Management Unit Analyst Soledad Basualdo, the Secretary of Disruptive Education Lawyer Sol Marín, Alberto Galarza president of the General Council of Education, Siomara Vitto undersecretary of Silicon Misiones, Sonia Rojas de Cut elected provincial deputy, Jorge Peroni administrative secretary of the Chamber of Deputies, Maxi Rossi director of science and technology of the ministry of education, Renzo Comoglio head of the department of student journeys and facilitators.

Unique and enriching experience for students

Students of all ages expressed their joy and interest in being able to exhibit their works. “We did the robotics project with reused materials that they asked us for advanced techno kids. It is not automated, but if you tour it resembles a merry-go-round, ”little Sofía Matos, one of the students who passed through the School of Robotics, explained to Misiones Online.

“The future of work is going to come hand in hand with this and it is important that from childhood they have these opportunities to know, choose, educate themselves and be trained in new things,” said Luca Diblasi, another of the students who was trained this year at the School of Robotics.

In turn, from the University of the Security Forces of Misiones Claudia Ríos thanked the work and effort made by the School of Robotics to introduce this knowledge to the students. And he recalled that the first, second and third year cadets could be part of the training offered by the School thanks to an “agreement between the school director and our dean Marinoni,” he explained.

Read also: Secondary education with orientation in Robotics and Programming arrives in Puerto Esperanza, from the 2022 school year

“Our cadets were able to develop a project from which they incorporated new skills on robotics and everything that has to do with the 21st century and the knowledge society,” he said.

“We are going to continue establishing ties because we believe that it is a necessary competence for all youth and especially for our cadets who do the security of the province,” he finally reflected.

Enrollment for the 2022 school year

Finally, Schelske pointed out that the idea is that these exhibitions also take place in the other Maker centers that are distributed throughout the province. And he recalled that the call is now open for those who want to enroll or enroll their children in the School.

They should only contact the institution’s page under the name: Escueladerobatica.com and go to the section that says pre-registration and there fill out the form. And he clarified that in the event that they want to re-enroll their children who were already part of the training offered by the institution, he recalled that they should only wait for the communication from the institution in February, where they will advise them on how they should reoffend.

And finally, he thanked the support of the provincial government that supports this type of training and that is becoming more frequent and more chosen in the province, “The number of Maker Studies in Misiones has doubled, there are already 58 headquarters distributed in the different municipalities of Misiones, “he said and” almost 20 thousand missionary students are traveling this journey, “he added.

The #education high school with orientation in Robotics and Programming arrives in Puerto Esperanza, starting in the 2022 school year https://t.co/TGLy8jnhnS

Secondary education with orientation in Robotics and Programming arrives in Puerto Esperanza, from the 2022 school year

Due to the panic of Omicron, the Karnataka government issued a new guideline 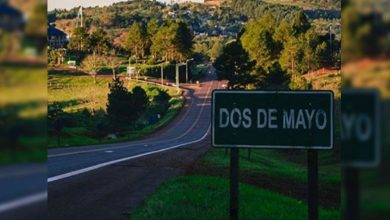 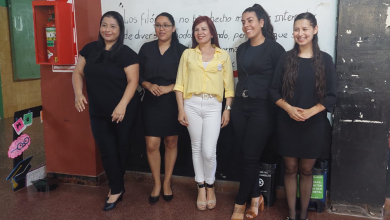 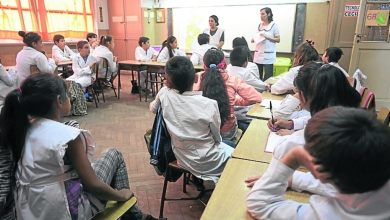 Misiones: with 40% of students already vaccinated against covid next year there will be full attendance at schools – MisionesOnline 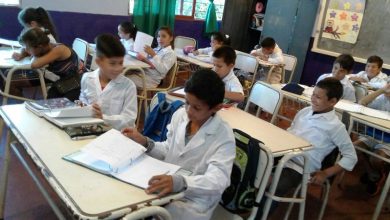