New Delhi: Every user of WhatsApp has felt that their app is constantly evolving. It is now rumored that the instant messaging software is working on extending the deadline for erasing sent messages. If you want to delete a message that’s already been sent to everyone, you’ll need to delete it within 1 hour, 8 minutes, and 16 seconds. According to reports, the time limit for deleting new WhatsApp messages will be increased to 7 days and 8 minutes. It should be noted that the WhatsApp feature will be available for Android users first, with an iOS version later. ( whatsapp delete feature ) 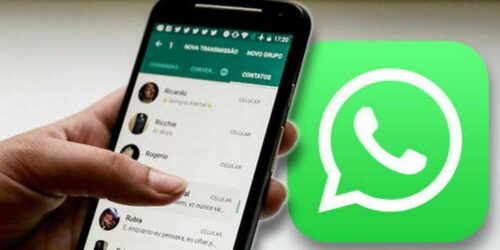 Also read: The Kapil Sharma Show: Security guard denied entry to Smriti Irani, who went to shoot on the sets

According to a report by WABetaInfo, it will be possible to delete all messages older than 1 hour, 8 minutes, 16 seconds at a later date. Notably we can confirm that WhatsApp is now planning to change the time limit to 7 days and 8 minutes in future updates. This feature is still under development so their plans regarding this option may change frequently before an official release or a new announcement from their social accounts.

WhatsApp users on Android recently got two new features. Flash call and message level reporting are two features. Instead of relying on an SMS message with a verification code, new Android users who choose WhatsApp or users who reinstall WhatsApp on an Android phone can use Flash to verify their phone numbers via an automated call. You can use the call function.

As a result, users will receive a call from WhatsApp to verify their phone numbers, reducing the number of scams and ensuring security. When it comes to message level reporting, users will be able to report accounts to WhatsApp by flagging an individual message with this function. Users need to long-press on a specific message to report or block a user from doing so. WhatsApp is constantly changing and updating its platform to make it safer, more secure and more fun to use. ( whatsapp delete feature )

The burden of the Australian Test team on the shoulders of Pat Cummins, became the captain of the bowler in the history of 65 years