New Delhi: Uber and WhatsApp announced a partnership on Thursday, December 2. Thereby users can book taxi rides using the messaging platform. WhatsApp users will be able to book Uber rides using the recently launched WhatsApp chatbox for Uber. Companies will start the chatbot by next year. Uber will first launch taxi booking service through WhatsApp in Lucknow, then in New Delhi. This is a first of its kind global initiative by ride-hailing platform Uber. In the statement, the company said that riders will no longer need to download or use the Uber app with this integration. We want to make it easy for all Indians to take Uber trips. We are thrilled with this global-first integration for Uber, and look forward to rolling it out across India.. Nandini Maheshwari, senior director, business development, Uber APAC, was quoted as saying by IANS. ( uber book via whatsapp ) 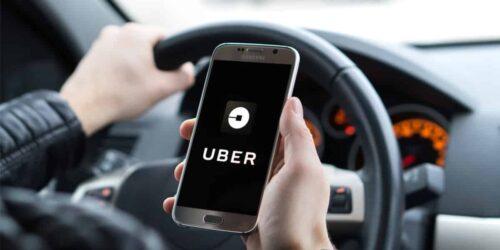 Use of WhatsApp Chatbot for Uber Bookings

Step 1: WhatsApp users can book a ride using any of the three methods. Scan the QR code, or click on the direct link or message Uber’s business account number.

Step 2: Users will then add pickup and drop locations.

Apart from this, WhatsApp users will also be provided with an emergency button which can be clicked in case of any emergency during travel. Once a passenger clicks on the emergency button, a representative of the customer support team will contact the rider. The newly launched feature can be used by both old and new users of Uber. The ride-hailing company said nothing would change for its driver-partners. This means that they will continue to operate as they have been working till now. Uber said that this feature will initially be rolled out in English language only. However, reports suggest that the ride-hailing firm may soon launch the service in other Indian languages. ( uber book via whatsapp)

Congress wants to fill 'Bhat' in Uttar Pradesh, is 'scolding' its children in Rajasthan...