New Delhi | BJP Meeting UP Election: Before the Uttar Pradesh assembly elections, now all the political parties have made a strategy. In the same sequence, BJP also held a meeting before finalizing the names of candidates in the Central Election Committee in view of the assembly elections. Top BJP leaders were also involved in this meeting. Union Home Minister Amit Shah and Chief Minister Yogi Adityanath also attended the meeting held at the party headquarters in Lucknow. Along with this, other prominent leaders including current Deputy Chief Minister Keshav Prasad Maurya, State BJP President Swatantra Dev Singh also attended this meeting. After being found corona infected, BJP President JP Nadda attended the meeting through digital medium. 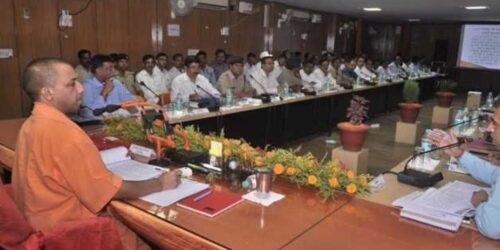 BJP Meeting UP Election: The upcoming elections were discussed in the meeting. Apart from various aspects along with the election strategy, the options of banning rallies, road shows and other programs till January 15 were considered. In view of the Election Commission’s order to hold a digital rally in the meeting, there was also a discussion in the meeting regarding the outline of the future programs of the election campaign. Let us tell you that this time the UP elections will be politically important.

Assembly elections will be held in 7 phases