There is a lot of upheaval in the politics of Uttar Pradesh these days. Seeing him, people have started asking whether UP. Who will be the next Chief Minister of The question of Mayawati does not arise at all. Now Yogi Adityanath and Akhilesh Yadav are left! Both names start with ‘A’. Adityanath and Akhilesh! Will it be a big ‘a’ or a small ‘a’? This small ‘a’ is becoming equal to big ‘a’. Swamiprasad Maurya, an important member of the Yogi cabinet, and his fellow MLAs have caused a minor earthquake in Lucknow.

The reasons given by Maurya for his resignation are only for telling, but the real message of his resignation is that UP. The camel is about to sit on the second side in the election. On which side the camel will sit, we will start lying down on the same side. Otherwise, what is the reason that many leaders like Maurya keep changing their parties again and again? Only such leaders present today’s politics in its full naked form. Ideology or public service is not the real reason behind being active in politics. The only reason for this is to satisfy his ego and wealth.

That is why when Yamraj’s messengers asked a politician lying on his deathbed that your virtue is limitless. Tell me, where will you go? In heaven or in hell? Netaji said that what will I lick heaven and hell? Take me where you can find the chair. That is, the chair is Brahman, everything else is false. Swamiprasad kept worrying that he was such a senior leader of the backward classes, but the deputy chief minister’s chair went to Keshav Maurya, the old BJP leader instead of him. 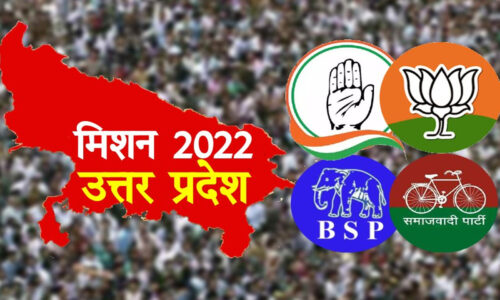 Now he would also like to take a promise from Akhilesh that if he wins, he would make him Deputy Chief Minister. They will also claim that U.P. In one stroke, they will get the bulk of the 35 percent backward votes of the SP. They probably forgot that in the expansion of the Union Cabinet in July, 27 ministers were appointed, who represent the backwards of the country. Modi had also publicized this fact a lot. Apart from this, dozens of gimmicks like Pulwama and Hussainiwala are yet to be revealed.

Then if after Maurya, as has been announced, 10-15 BJP MLAs are also going to switch sides, then they will definitely strengthen the hands of Akhilesh Yadav. Exactly the same scenario we saw in 2017 as well. BJP had given tickets to 67 defectors in that election. 54 of them had won. Now it has to be seen how many of them stay in BJP this time? Those whose tickets are to be cut, they will jump to some other side!

Uttar Pradesh is still the largest state of the country. It is the biggest stronghold of casteism in the country after Bihar. The blind wholesale vote is its hallmark. On the basis of this truth, Swamiprasad Maurya has claimed that he will shoot such a bullet, which will also blow the cannon of arrogant leaders. Let’s see, what happens next? That is why it is difficult to tell right now who will become the future Chief Minister of Uttar Pradesh?

Djokovic is no hero