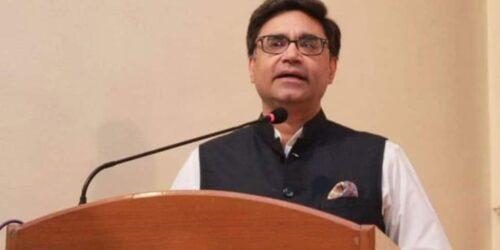 Also read: Are You Suffering From Festive Anxiety? Know how to prevent it this holiday season

Who is Vikram Misri?

Misri is a 1989 batch Indian Foreign Service officer. He is a seasoned diplomat and expert on India-China affairs. As the new Deputy NSA, he will now report to National Security Advisor Ajit Doval.

Past Works of Vikram Misri

Vikram has held various positions in the headquarters of the Ministry of External Affairs (MEA) as well as in the Prime Minister’s Office. Misri has also served in various Indian missions in Europe, Africa, Asia and North America. Presently, Rajinder Khanna, Pankaj Saran and Dattatreya Padsalgikar are serving as Deputy NSAs. He was the private secretary to former Prime Minister Manmohan Singh from 2012 to 2014 and continued to hold the post even after Narendra Modi took over in 2014. Misri also served as the personal secretary to PM Modi from May to July 2014. In 1997, he was Inder Kumar Gujral’s personal secretary to the then Prime Minister.

Misri was part of a series of talks with China following a violent clash between troops of the two countries in the Galwan Valley in June 2020, resulting in the region’s first casualties in four decades. Born in Srinagar, Vikram Misri attended the Scindia School before graduating from Delhi’s Hindu College. He also has an MBA degree. Before joining the civil service, he worked in advertising and ad film production for three years. ( new deputy NSA)

Who will replace Vikram Misri?

Pradeep Kumar Rawat, a 1990 batch IFS officer, replaced Misri as ambassador to China earlier this month. The appointment of Rawat, who served as the Indian envoy to the Netherlands before being given this sensitive post, comes in the midst of the eastern Ladakh border standoff. For Rawat, who speaks Mandarin fluently and previously served in Hong Kong and Beijing, resolving the dispute that India and China have been engaged in for the past 20 months will be a top priority. The Final Working Mechanism for Consultation and Coordination on India-China Border Affairs (WMCC) took place in November this year. After the meeting, the two countries agreed on the need to find an early resolution to the remaining disputes along the Line of Actual Control in eastern Ladakh, while fully adhering to bilateral agreements and protocols to restore peace and tranquility.

The Ministry of External Affairs had said that both sides also agreed that both sides should, in the interim, continue to ensure a stable ground situation and avoid any untoward incident. Meanwhile, both the countries have increased deployment even during winters to thwart any threat. Indian troops are deployed at an altitude of about 17,000 feet along the borders and all logistics are in place. The force is geared up to sustain increased deployment of forces at friction points in harsh winters where temperatures will soon start dropping below minus 20 degrees. ( new deputy NSA)

Are you suffering from Festive Anxiety? Know how to prevent it this holiday season