New Delhi | Youth Day Swami Vivekananda : Swami Vivekananda is not only recognized in our country but in the world for his work and knowledge. In the memory of him, on this day i.e. on January 12, Youth Day is celebrated in India. Vivekananda died on 4 July 1910 and his age was about 39 years and 5 months at that time. There will be hardly any youth in the country who would not know about Swami Vivekananda, but what we are going to tell today is going to sound new to you. It is said that even before his death, Swami Vivekananda started separating himself from the world. At this age, Swami Vivekananda took Mahasamadhi in Belur Math. Even today people remain very curious about whether Swami Vivekananda knew about when he would die. You must also have felt a bit strange hearing this, so let’s try to know what is the truth behind it. 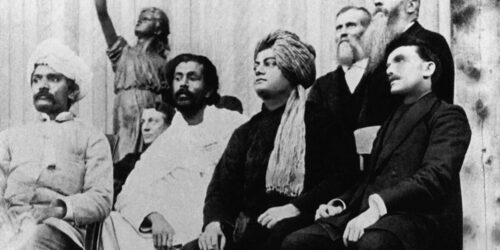 came to earth with a purpose

Youth Day Swami Vivekananda : It is said about Swami Vivekananda that he achieved a lot in a very short time. Experts also say that as long as he lived, he was living on his own terms and he accepted death very easily. There are many such people in the country who believe that they came to this world with a purpose and they gave up their lives as soon as the purpose was fulfilled.

Also read- There was a flurry of resignations in the Yogi government! Now the minister in the government, Dara Singh Chauhan, submitted his resignation letter to the governor.

Pan India star Pooja Hegde is all set to rule 2022, will release 4 big films this year