Mayawati’s Bahujan Samaj Party is the only party in Uttar Pradesh, which has so far announced that it will fight alone on all 403 assembly seats in the state. Rest of the parties are forming alliances, have done or are looking for parties for alliance. The BSP also started electoral preparations before the rest of the parties. He did the Brahmin convention first, then the BJP started it. Despite this, it is believed that BSP is out in this competition and this time there will be a huge fall in Mayawati’s vote shares. His vote share has been around 20 per cent for the past several elections. But this time it is being estimated to be reduced to half. The BSP’s poor performance is also being predicted in the pre-poll surveys.

Then all the parties are eyeing the BSP vote. But the big question is, with whom will the BSP vote go? This is a question and in Uttar Pradesh elections, this factor will be the most deciding with whom the BSP vote goes. The BJP is struggling to retain its 40 per cent vote base. But this time the resentment of the Jats due to the farmers’ agitation and the distance or neutrality of the Brahmin voters has added to the trouble for the BJP. That’s why BJP’s effort is to dent Mayawati’s vote. Its effort is to compensate for the loss of Jat, Brahmin and middle class votes due to inflation, especially by the Jatav vote. On the other hand, the attempt of the Samajwadi Party is to add the most backward and Dalit castes in its Yadav-Muslim equation.

SP leader Akhilesh Yadav is connecting the leaders of Dalit and Extremely Backward Castes. All the small parties that he has coordinated with are like this. Omprakash Rajbhar, Sanjay Chauhan, Keshav Dev Maurya and Krishna Patel represent such ethnic groups. SP has coordinated with them. This is a good strategy to create an impression or to convey your strength before the election. Omprakash Rajbhar’s Suheldev Bharatiya Samaj Party has a good base among Rajbhar voters and can be dominant in 20 seats in eastern Uttar Pradesh. Similarly, there is goodwill towards Krishna Patel among Kurmi voters in many areas in central Uttar Pradesh. Keshav Dev Maurya also has a limited but no influence among voters. Sanjay Chauhan has a decent impact on Nonia voters. Akhilesh Yadav has also given importance to Dalit-Backward leaders from BSP and is trying to make a dent in BSP’s vote with their help. 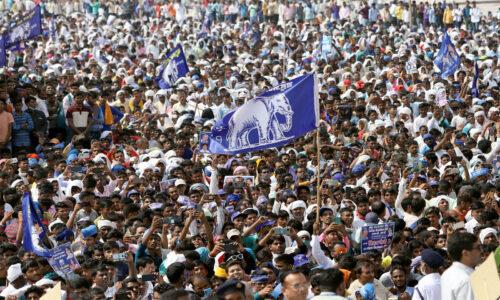 Read also What is the need of Parliament again?

But traditionally the vote of the weaker and deprived sections does not go with the SP. Looking at it more closely, the core vote of SP and BSP is mistrust of each other. That’s why even after fighting together in the last Lok Sabha elections, both the parties could not do any miracle because their vote was not transferred to each other. Even when Mulayam Singh and Mayawati came together three decades ago, both the parties could not reach the 200-seat mark in the assembly elections. While RJD and JDU came together in Bihar, they got a ragged majority. However, due to this mistrust between the voters of both BSP and SP, the chances of BSP’s core vote going to the SP outright seems slim.

In this context, there is a better prospect for the BJP at the moment. A major chunk of BSP’s core vote may go with the BJP. One of the reasons for this is that there is a perception about Mayawati that she is soft on the BJP. This perception will benefit the BJP. Secondly, the most marginalized and weakest castes in the society never go along with the regional parties represented by the dominant castes. In North India this situation can be seen in almost all the states.

Dalit vote in Bihar usually does not go with RJD or Dalit vote in Haryana does not go with Indian National Lok Dal. Similarly, in Uttar Pradesh too, the votes of the weakest and marginalized castes do not go with the SP. Only then if the vote of BSP breaks down and considering it out of the fight, its core voter sees a new option, then it is possible that in his eyes BJP will be better than SP.

From above, the Bharatiya Janata Party is already eyeing Mayawati’s vote and her entire party. It is not hidden from anyone that all the regional parties whose leadership has not been transferred within the family or where there is no strong face to inherit the family of the current leader, the BJP is eyeing those parties. BSP is one of them. JDU in Bihar, Biju Janata Dal in Odisha and Anna DMK in Tamil Nadu are also similar parties. However, the Dalit vote is of great importance in the BJP’s entire strategy for the Uttar Pradesh elections. In western Uttar Pradesh, she is trying to bring Mayawati’s core vote with her. The BJP knows that farmers’ displeasure can harm it in western Uttar Pradesh. To compensate for this, she is doing politics to attract Dalit and especially Jatav votes. For this, she removed Baby Rani Maurya, who was the Governor of Uttarakhand, from the Raj Bhavan, made her the Vice President of the party and is giving the message of emerging a new Jatav leadership by putting her face forward.

The role of Congress could have been made here but Congress is very weak at the ground level. The Congress has not been able to do much except to create froth with Priyanka Gandhi Vadra’s visits, rallies and some dramatic impact-making developments. Congress has neither been able to instil confidence among Brahmin voters that it is an alternative to BJP nor has any such message been created among Dalit and Muslim voters. It is a matter of course that it is being discussed and some new people have joined the party due to Priyanka’s charm. But this does not mean that the Congress will move up from the fourth or fifth position. If the Congress had worked hard in advance and had strengthened its organization at least up to the district level, it could have taken advantage of the weakening of the BSP. But Congress has not done so. Congress does not have organisation, machinery to contest elections and get votes and strong leaders of the state have left the party or are leaving. So, given the weakness of the Congress and the traditional distance from the SP, there is an opportunity for the BJP to vote for the BSP. It cannot be said how successful it will be, but it is certain that the BSP’s vote will go to the side where it will win the election.

Freedom out of focus as soon as you are free!