Argentine riders Benavides and Copetti, in the Motorcycle and Quad category respectively, had mechanical damage to their vehicles and had to abandon the competition.

KTM rider Kevin Benavides was out of the race at kilometer 133 of the Saudi Arabian special. The Argentine was the last motorcycle champion and until this stage he maintained the illusion of retaining the title. He was fifth in the general classification and knew that this was a key stage to close the 10-minute gap with leader Matthias Walkner.

Luck played a good pass on his brother Luciano, who was able to complete the stage with a very good rhythm. He came second and placed 12th overall, but the chances of a podium are slim.

For his part, Pablo Copetti was trying to close the gap of 24 minutes with the Frenchman Alexander Giroud but a failure in the engine of his quad bike deprived him of achieving his first title.

The Cordovan, a Yamaha rider, ran this edition under the North American flag. His abandonment culminated in the Argentine chances in the category and he joined Manuel Andújar, the last champion, who also abandoned the race stages behind.

Now, the Mendoza Orlando Terranova appears as the main hope of an Argentine podium in cars. It is 38 minutes from local Yazeed Al Rajhi, who is third. 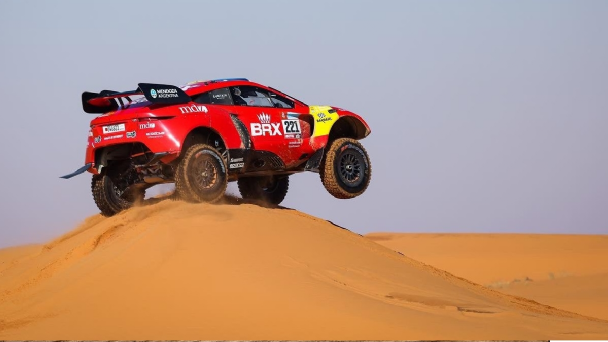 Orly races a with the prototype of the Bahrain Raid Xtreme team and looks for the first pI hate for Argentina in the category.

Tokyo will participate in the 2022 Federal Basketball Tournament: “We are very focused on the project being serious,” said the club presidenthttps: //t.co/yLZLe2J2KW

Pan India star Pooja Hegde is all set to rule 2022, will release 4 big films this year

Siddharth apologized for the comment made on Saina Nehwal, said- I did not want to insult ...