Cape Town | Ind Vs Sa Test : In the deciding match being played between India and South Africa, 8 wickets of India have fallen. However, Indian team captain Virat Kohli is still batting unbeaten on 73 runs. But from the other side there is no one to support the captain. India’s middle order has once again proved to be a flop and wickets kept falling one after the other. However, for some time, Virat Kohli and Pujara had handled the team. At that time it seemed that the Indian team would make a comeback but again Pujara was out for 43 runs playing a good innings. Let us tell you that Virat Kohli won the toss and decided to bat. 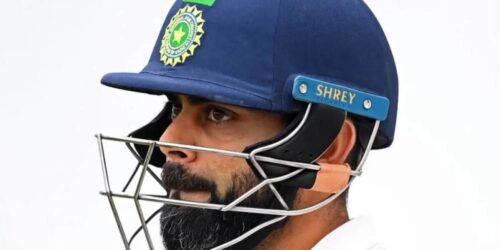 Ind Vs Sa Test : Captain Virat and experienced batsman Cheteshwar Pujara carried on with the innings despite not getting a good start after losing the wickets of inform openers Lokesh Rahul and Mayank Agarwal. Both were playing well and there was also an important partnership of 62 runs for the third wicket, but young fast bowler Markey Yanson broke this partnership by taking the wicket of Pujara at the score of 95. Pujara was dismissed for 43 runs in 77 balls with the help of seven fours and once again missed the long innings.

Also read- Did you see the announcement of Income Tax Department…, extended the last date for them…