Kabul: Several sports club owners in Kabul said the Taliban had banned athletic sports for women. Hafizullah Abasi, the head of a sports club, told Tolo News that the Islamic emirates do not allow athletic games for women, although the women’s category was separated before and is still separate. Coach is also a woman, not a man. But let women be allowed to practice them. I was not allowed to exercise since the Taliban came to power. I referred many sports clubs for training. But, unfortunately, she said the women’s section is closed,… said Tahira Sultani, a coach in the taekwondo and mountaineering sports. ( ban on sporting activities) 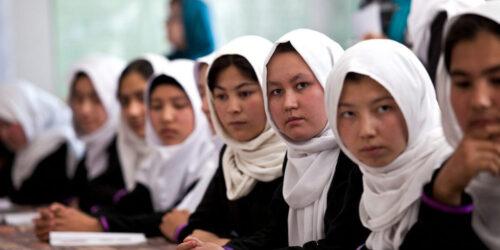 He has earned awards at the national level as well as abroad in the last eight years. Arijo Ahmadi, a member of the national jujutsu team, told Tolo News that I had a lot of desire and ambition over the past six years. I wanted to raise the flag of Afghanistan in the best way in the world. Meanwhile, the Islamic Emirate said it would allow women’s sports based on Islamic values ​​and Afghan culture. We will follow the policy of the Islamic Emirate in all aspects. Whatever is allowed in our culture and tradition, we will allow it. Said Dad Mohamed Nava, spokesman for the Physical Education and National Olympic Committee.

Tolo News reports that the current government’s ban of women in sport has faced criticism from international humanitarian organisations. According to Human Rights Watch, there have been several related reports including Taliban bans on women’s sport, limited access to women’s health care due to Taliban rules, the need for men to look after women, suspensions internationally. The Special Inspector General for Afghanistan Reconstruction (SIGAR) said earlier in a series of tweets. ( ban on sporting activities)