Keep in mind that this is also not a new endeavor. In the past too, leaders had brainstormed a lot on this idea. The only difference is that this time Prashant Kishor is implementing this idea with the support of Mamata Banerjee. Earlier many Congress leaders, In which Kapil Sibal was the main, Thought on this idea. At that time this effort was being made from Delhi and it was being said that some old Congress leaders are trying to bring together all the leaders who left the party and form a separate party by the name of Apni Congress or Sabki Congress. But that effort did not come to fruition. 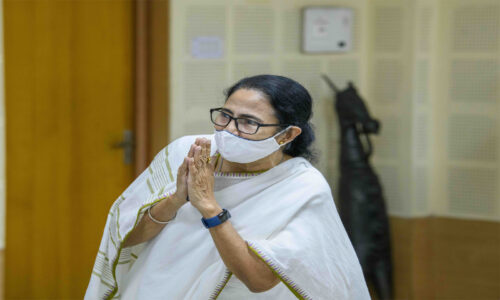 Read also Priyanka has raised hope in UP

Now Mamta Banerjee and Prashant Kishor are taking forward the same work. In the first phase, they are bringing together angry and disappointed leaders from the Congress. He got Sushmita Deb in Assam and Luizinho Flerio in Goa to join the Trinamool Congress and sent it to the Rajya Sabha. After this, leaders of Uttar Pradesh Rajesh Pati Tripathi and Lalitesh Pati Tripathi were inducted and then Ashok Tanwar and Kirti Azad were inducted in Delhi. In the next few days, some more Congress leaders will join the Trinamool. Along with these leaders or intellectuals of other parties will also be included like Pavan Varma., Yashwant Sinha etc.

In the second phase, there will be talks with the leaders who have left the Congress and formed a separate party. Although no leader will merge his party with Trinamool, there can be electoral coordination. This will be done to create perception and give the message of pan-India politics. Prashant Kishor’s effort is to make 50-60 such people contest outside West Bengal, He is a great leader in his own right. The party will give them all the resources and the I-PAC team will do the election management work for them. Mamta’s politics will become huge if she gets the Trinamool to win 15-20 seats outside Bengal.

Speculations of many more leaders