“We were calm because we knew that by presenting the evidence (security camera) not only would the closure be lifted, but that we would be dismissed. Now we do not have any pending cause because what we said was verified and it was supported by the police report “the Parayva pointed out.

The vice president of the Guaraní Club explained that last Wednesday, before the match between Miter and Guaraní begins, as always they received the inspectors who enter the club to confirm that everything is in order. And it was at the last inspection that they were charged with the incident.

“At 11:20 pm, when the game had already started, they made us a minute and we signed, but not satisfied because we knew that nothing had happened inside the stadium”, stated and clarified that, despite not agreeing, they signed out of respect for the work of the inspectors and the laws, “But we did not understand what happened, because they had already made us a record and we had to go to do a discharge the next day”added.

He related that, following this, “The inspectors came at 11:55 p.m. and wanted to close the stadium for us, and they could preventively close it because the police were giving their report that clearly said that they had been there since 10 in the morning and we have the evidence. 8 police officers from Misiones were at the stadium and we worked all morning together with the fans, managers and they could never have exploded rockets in the morning, neither in fear nor in the afternoon ”, assured.

Later, “At night the police were here and saw the security cameras where you can see that the fires, because they were not rockets but fireworks, came from outside the field and lasted about 4 minutes”, Parayva explained.

In addition, he appreciated the work and commitment of the police officers who made themselves available to the club at all times. “We hired security and the Misiones police and we were calm about their work, which was excellent, we cannot complain, not only about their work during the game but also because of the report that they gave telling the truth at the moment of the closing”, expressed and indicated that “The police detailed in the report” what he saw on the cameras.

“We spent some difficult days, but we were calm and sure that inside the stadium there was never anything ”, The vice president of the Guaraní club also said, adding, “We cannot take charge of what happens outside the field.”

Parayva noted that once they received the notification that they had to close the clubThey decided to listen to justice and they did. But he recognized that it was a very hard blow for all the members and members of the Club.

“It caused us sadness for all that we worked for, not only in football but also in the social part”Said Parayva and recalled that the Guaraní Club has a long history of working with the posadeña community. And he pointed out that because this weekend the club was closed, the vendors who use the facilities had to put their stalls on the sidewalk of the club. 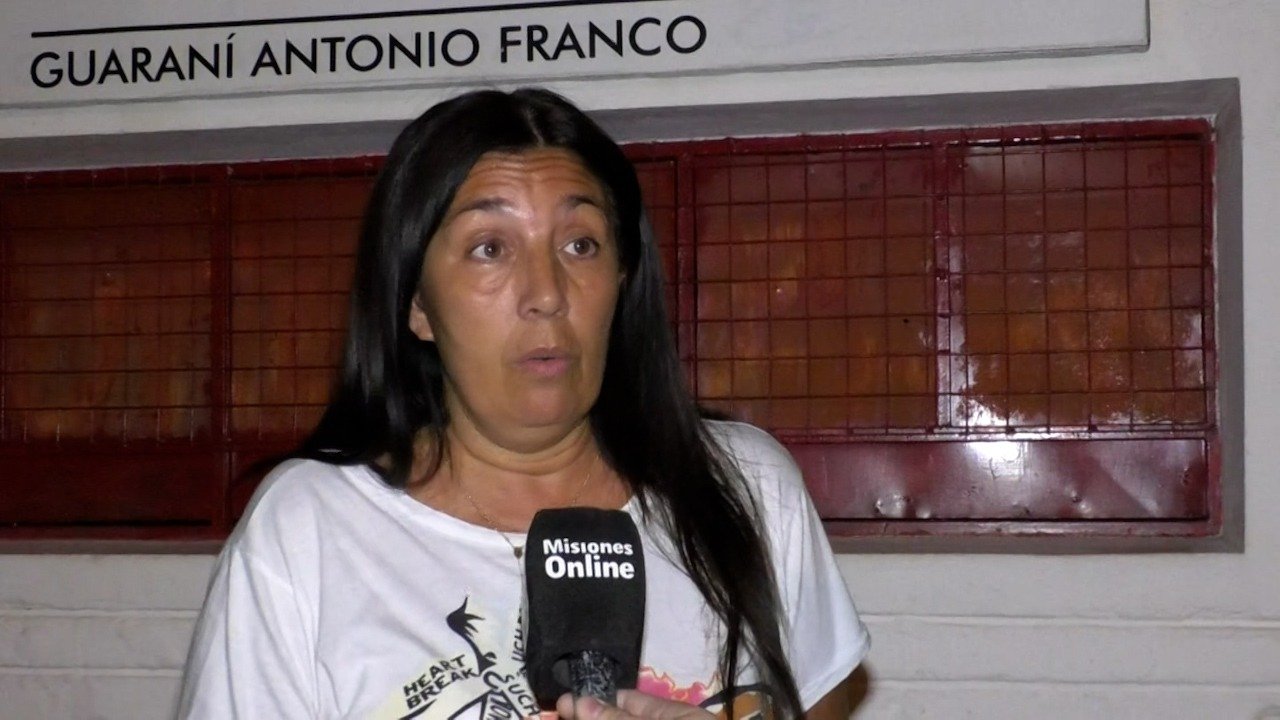 And he stated that these facts “They overshadow the work and effort” that they carry out within the Club, so that each match “Let it be a party and so that families can enjoy it, like that day when almost 200 children were enjoying themselves on the court”, he pointed.

Finally, he pointed out that after everything that happened, the Club has already normalized its activities and for this weekend they are waiting for the entire public inside the stadium. And he left a message to the posadeña community, “We want them to stay calm, because we are always taking care of the club and the people who come. We have a very active social part and we are never going to hurt someone “, he finally assured.

Pyrotechnics: the foul judge Vanesa Gross dismissed the Guaraní Club and lifted the closure of the stadium https://t.co/2ucVZ2LI85

Surprise in Oberá: Olimpia defeated Miter and caught up in the fight in the Amateur Regional Tournament - MisionesOnline