Lucknow | Back in 2020, the Indian government in partnership with Morris Garages (MG Motor India) trialled the Yamuna Expressway, an e-highway between Delhi and Agra. Multiple MG ZS EVs participated to test the feasibility of Yamuna Expressway as an e-corridor for public EV transit. The trial run was successful and focused on charging infrastructure on the expressway as well as roadside support services along the popular tourist route. Now according to a report, the government is planning to open the electric corridor to the public by December 25. Due to which Yamuna Expressway will become the first green corridor of the country. The development follows the foundation stone ceremony of the upcoming Noida International Airport. The UP government wants to connect the Noida airport to several cities and Jewar directly falls on the Yamuna Expressway. ( first electronic highway ) 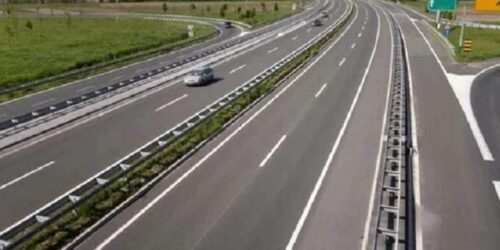 Daily-NCR has several charging stations set up by both the car manufacturer and the government. There are limited chargers in Agra. One of which is installed by MG Motor. A fast 60 kW DC charger can be used in Agra to charge the MG ZS EV. Government and private companies are now installing fast chargers on expressways to reduce range concerns and promote the use of electric vehicles on green corridors. Electric cars can easily top up the battery up to 80 percent in less than an hour using a DC charger. The MG ZS EV, which was recently updated, has a real-life mileage of 350 km (claimed mileage of 437 km/charge) on a single charge.

On the other hand, the distance of Delhi-Agra is only 220 km. One can fully charge the battery overnight and go to Agra. Can fast charge the ZS in Agra and then back without range issue. Apart from MG, Tata is also working on installing multiple chargers across India, with the Tata Nexon being the best-selling electric car in India. At the time of the trial, MG Motor India Chairman and Managing Director Rajeev Chaba said that the ZS EV has a range of 340 km on a single charge and is ideal for Delhi-Agra travel. We believe that the charging infrastructure on India’s national highways will create the right awareness among consumers and help address range-related concerns. Not only this, EV chargers will be installed in Greater Noida which is the gateway of Yamuna Expressway. The first charging stations for electric vehicles (EVs) are likely to be operational in two weeks, besides 100 such stations are planned for the city. ( first electronic highway )

The Dhami government of Uttarakhand took a big step, canceled the Devasthanam Board