Nanda’s full name was Nanda Karnataki, his father Vinayak Damodar was a well-known face of the Marathi film industry and few people would know that it was Nanda’s father who introduced Lata Mangeshkar to the Hindi film industry.

Vinayak Damodar Karnataki was better known by the people as Master Vinayak. That master Vinayak who was an actor, director, producer as well as a responsible father. But in No. 48, when Nanda was just 8 years old; Master Vinayak passed away. What would Nanda have understood at the age of eight, but when the situation at home started getting difficult, she was introduced into the film industry as a child artist and Nanda made her career’s first film. ,Temple, Mili and from here Nanda’s identity as ‘Baby Nanda’ was established in the film industry.

The coin of Nanda’s name shines brighter with Filmfare 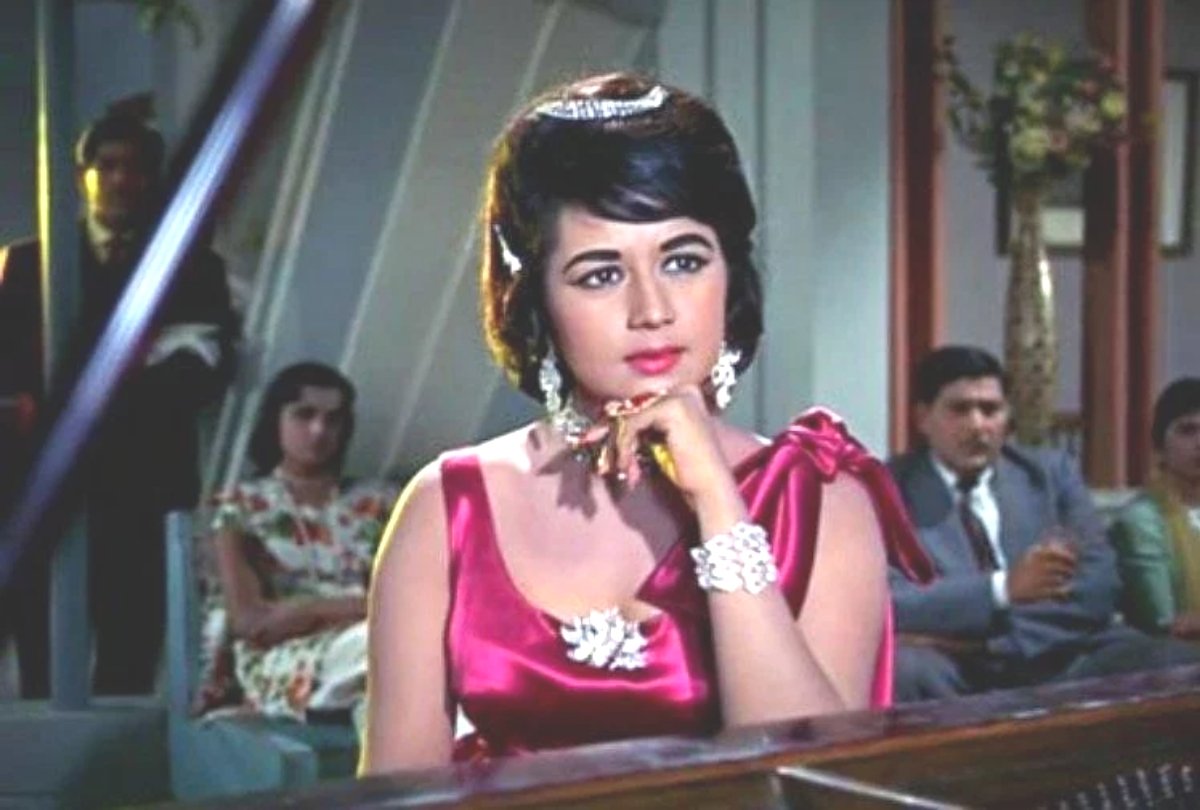 Till 56, she worked like a child artist, but now Nanda, the mistress of the beautiful smile, was also getting ready for the lead role. L-V Prasad’s film in No. 59 younger sister She was the lead heroine in the film and this film established such an identity of Nanda, made such a star that in the coming times every big actor decided to work with Nanda.

The film in the next year 1960 ,Lap, For this she received the Filmfare Award for Best Supporting Actress. After that he didn’t look back. 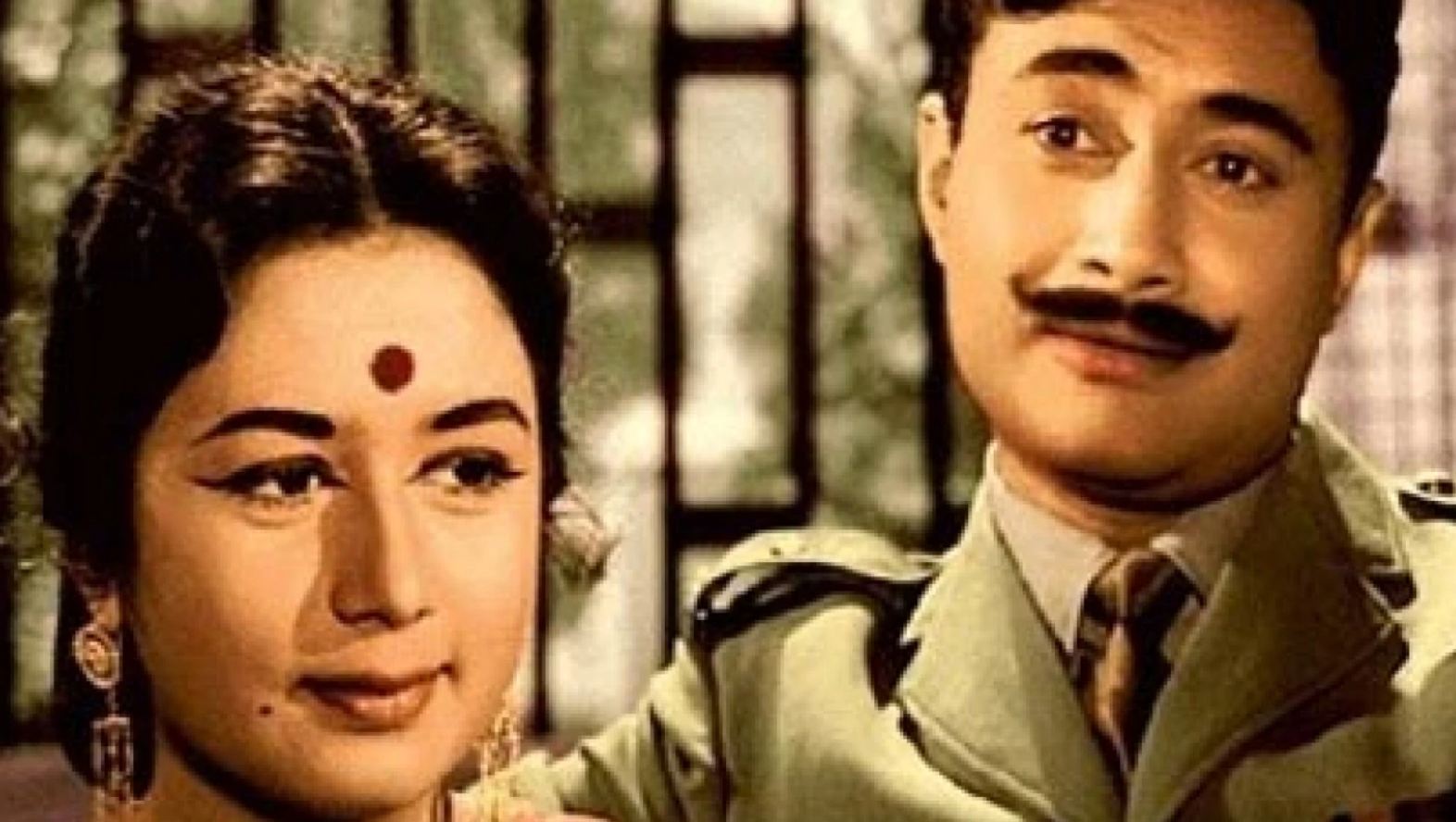 ‘Kala Bazaar’, which came in the 60’s, was the first film of Nanda and Dev-Anand. In this film, Dev Anand’s female lead was Waheeda Rehman, while Nanda became his sister Sapna. The film was a good hit at the box office and the supporting role of Nanda along with Waheeda-Dev Anand was highly praised. The very next year, in 1961, he worked with Dev Anand. both of us In which she became the wife of Dev Anand. The songs of this film became so famous that they are heard till date. 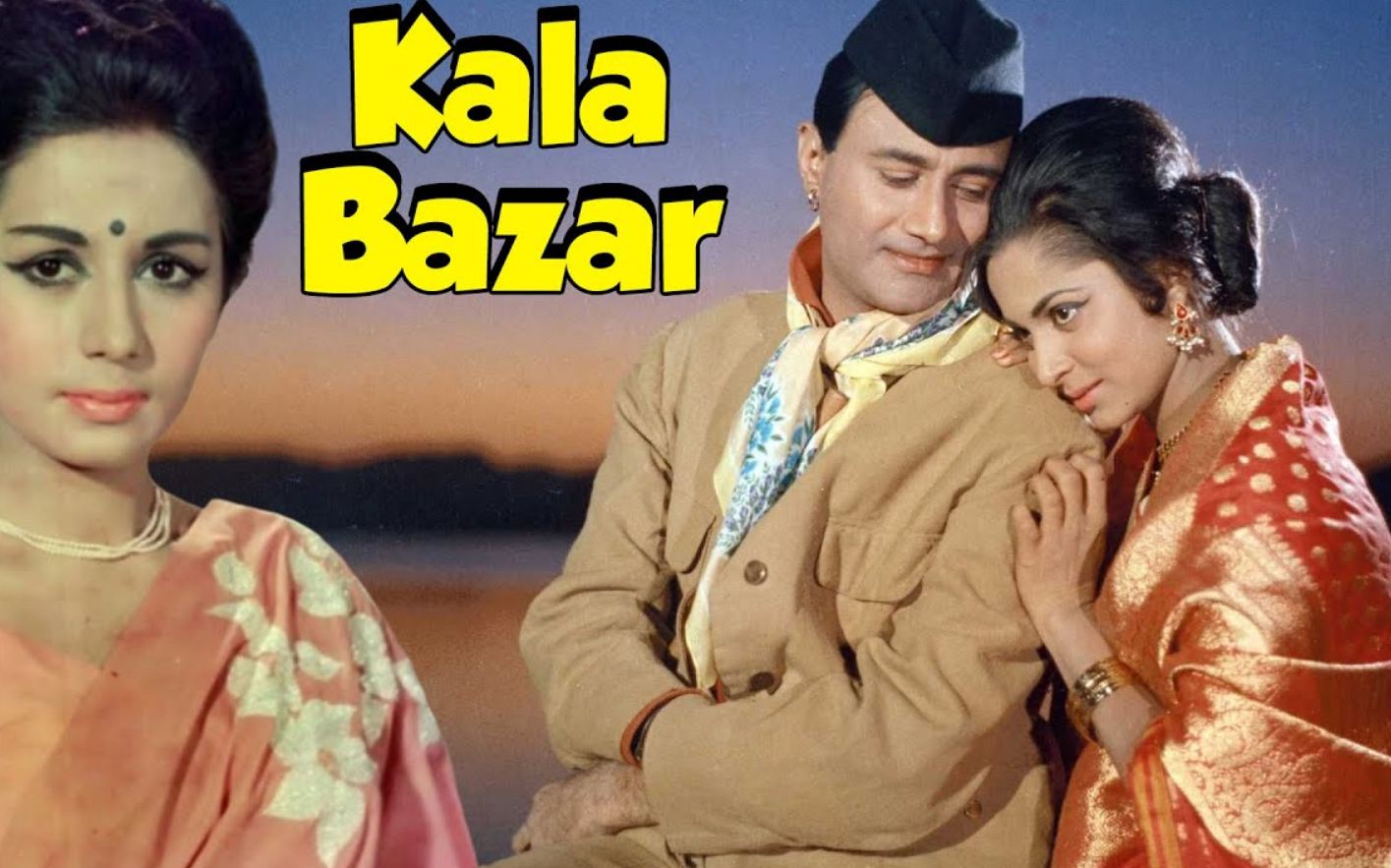 In the voice of Muhammad RafiI went on with life, And ‘Don’t leave now that your heart is not full yet, Till date, he maintains his place in the list of top retro songs. This film was also a bumper hit. Then after a long gap of four years, she appeared in ‘Teen Deviyan’ with Dev Saheb in 1965. In this she became Dev’s girlfriend and her name remained as Nanda in the film as well. A song in the voice of Muhammad Rafi in this film ,Don’t look like this….., And in Kishore Kumar’s voice.Are you a dream or any reality…., Joined forever in Sada Bahar songs. 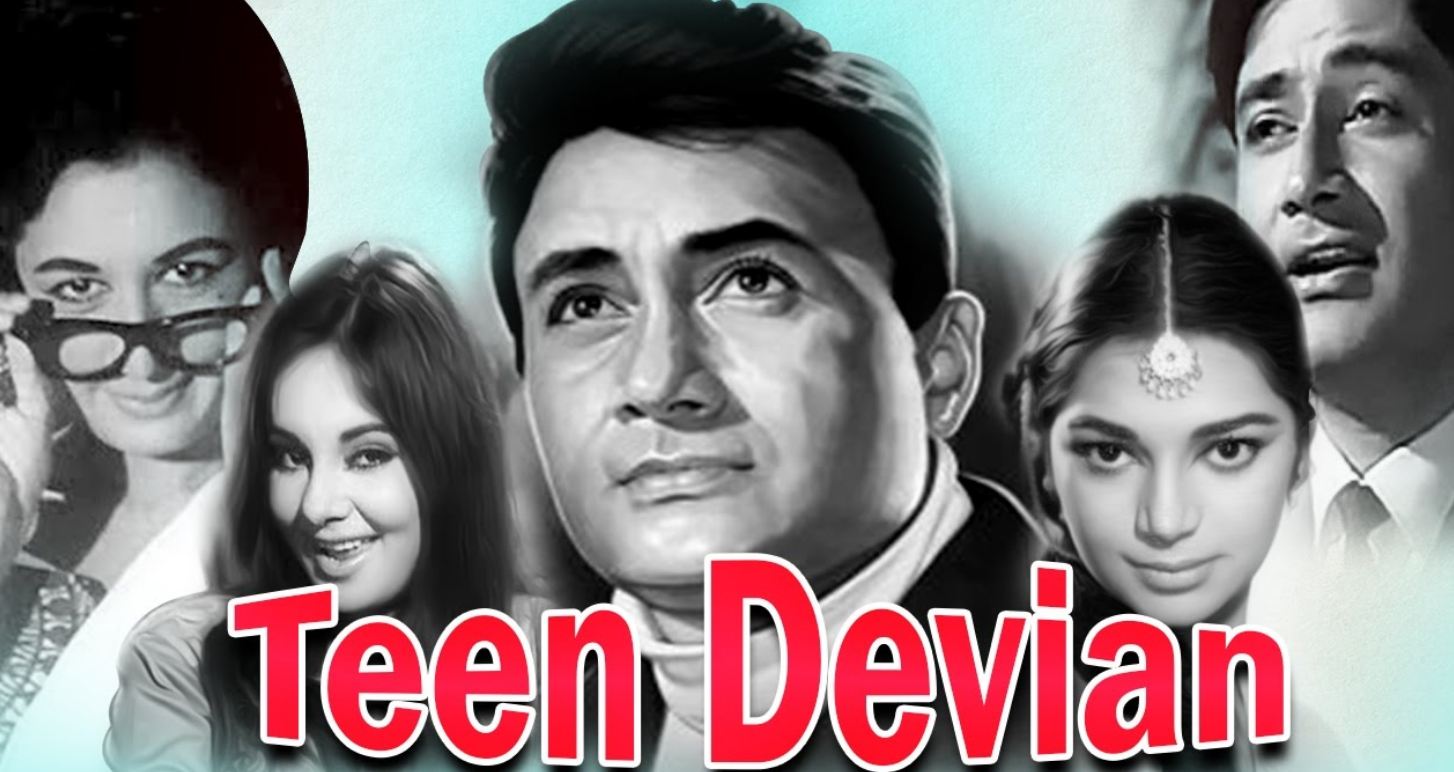 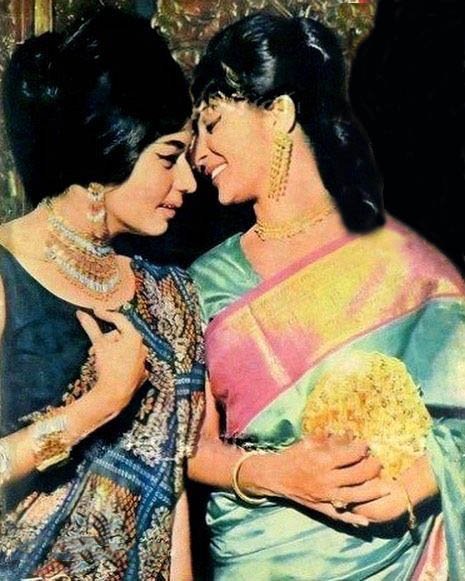 While on one hand there was tug-of-war between contemporary heroines in those days, while Nanda and Waheeda Rehman became such friends from their first film that they never paid heed to any rumours. Waheeda often used to tell him that he should get married. The marriage was calculated in such a way that even Nanda’s brother had brought many relationships in front of Nanda, knowing how many actors kept on admiring her beauty, but Nanda did not accept anyone’s proposal.

When the shooting of ‘Jab-Jab Phool Khilene’ was going on, director Suraj Prakash says that a Marathi lieutenant rank soldier saw him and was so moved that he sent Rishta to his house.

Then there came a time when the famous filmmaker Manmohan Desai fell in love with Nanda. In those times, where someone holding hands became news, Manmohan Desai and Nanda used to meet regularly on weekends and would return to their homes only on Mondays. After saying and saying Waheeda Rehman, Nanda finally agreed to the marriage, she got engaged to Manmohan Desai.

But, maybe they’re lucky Was not in a mood to wear a sweet couple.

In 92, when Nanda herself was over fifty, she got engaged to Manmohan Desai but before the marriage could take place, Manmohan Desai fell from her balcony and died instantly. Some say that the railing of his balcony was weak, some said that Desai ji did not balance, but if you ask Nanda’s heart, he will say that his luck, yes it was his luck that was absolutely to support him in this matter. Wasn’t agreeable. 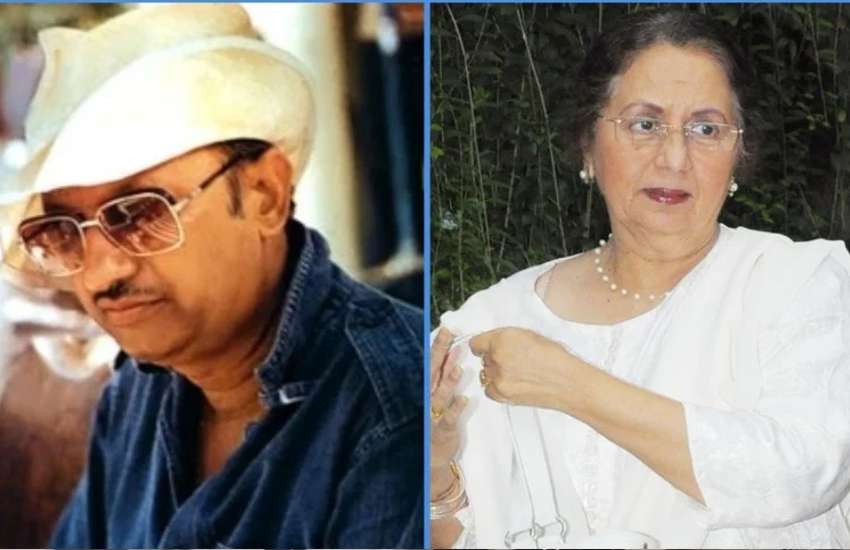 Her heart was definitely broken that day, but her heart stopped on March 25, 2014, when Nanda suffered a heart attack and left this strange world, leaving her unmatched beauty in the hearts of her fans with her unmatched performance in many great films. Went. 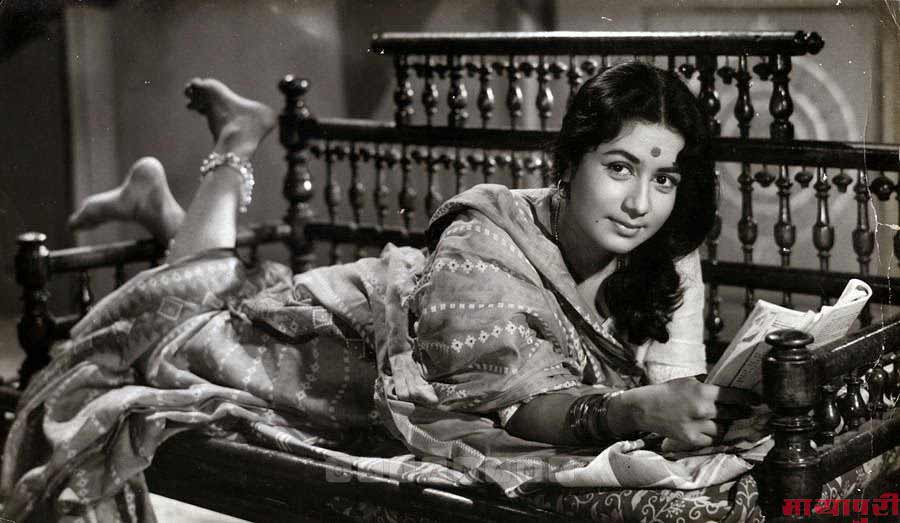 Today, January 8, on his birthday, we again remember his cute eyes and innocent smile.

Corona's fury! Central government alert, instructions to the states - Oxygen equipment should be ready to deal with emergency