Prayagraj | Prayagraj Magh Mela 2022 : A lot has changed since Yogi Adityanath took over in Uttar Pradesh. Now almost all religious rituals and programs are organized in a grand manner in UP. In such a situation, on the occasion of Makar Sankranti on January 14, Prayagraj Magh Mela is world famous. However, in view of the Corona epidemic, efforts are being made to celebrate it with a lot of restrictions. Contrary to all this, another big decision has been taken by the UP administration, which has become a topic of discussion these days. It has been told that the duty of only such policemen will be imposed in Prayagraj Magh Mela, who stay away from liquor and kebabs and have good behavior. 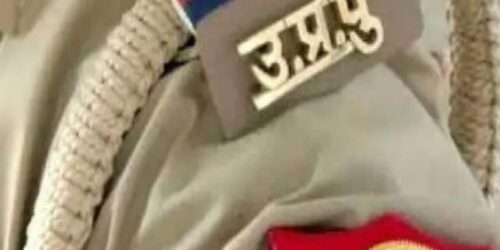 If you get a complaint…

Prayagraj Magh Mela 2022 : It has been told that the UP administration has planned to deploy such policemen in Prayagraj who do not even touch liquor and meat and fish. Along with this, it has also been said that if any complaint of a policeman drinking alcohol or eating non-veg was received while on duty in the fair, then he will have to undergo strict action. It has been told that not only will they be removed from duty but they will be sent back to their native district. Giving information in this regard, Prayagraj SP Rajeev Narayan Mishra said that this is a big religious event. In such a situation, it should be ensured that the conduct and discipline of the policemen doing duty in the fair is good.

CCTV cameras will be monitored

Prayagraj Magh Mela 2022 : In view of the Prayagraj Magh Mela, the administration has increased the alert. 36 police outposts of 13 police stations and 13 fire stations have been asked to be ready for the fair. It has been told that more than 200 CCTV cameras are being installed in the fair to ensure discipline and to avoid any unpleasant behaviour. Along with this, monitoring will also be done with the help of 5 drone cameras. Prayagraj SP said that the police personnel on duty have been asked to strictly follow the corona protocol.

Also read-Corona Impact: Now the BCCI is also troubled by the increasing cases, the decision to cancel the upcoming 3 series….

Uttar Pradesh: Mama first gave liquor to uncle, then called nephew and took off the dagger...