settlement | Basti Chhattisgarh Red Ant : During the second wave, red ant chutney came into the limelight. People also shared it fiercely on social media. A 23-year-old tribal boy living in the township of Chhattisgarh has made it his means of employment. In this way, apart from Bastar, red ant chutney has also been involved in the food of other tribals of the country. But in Chhattisgarh it is a commonly found food among the people. A Dhaba has been opened near National Highway 63 of Bijapur near Bastar divisional headquarters, which has become a topic of discussion on social media these days. 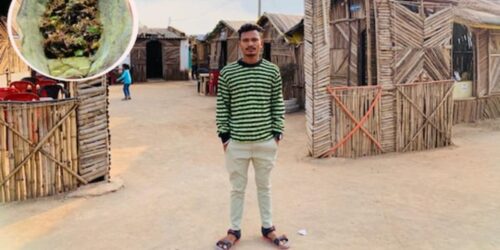 Basti Chhattisgarh Red Ant : The dhaba has been named Aamcho Bastar. The owner of the dhaba is a 23-year-old tribal youth who is in a lot of discussion these days. The name of this tribal youth is Rajesh, who has made the local food here his identity to the people. He said that I got the idea during the second wave when people on social media reacted as if they had seen it for the first time after seeing red ant chutney. Rajesh says that I noticed that many such food items are found in our Chhattisgarh settlement which will be a surprise to the people. In such a situation, I thought of opening a dhaba with the food items of the settlement. Today my hard work has paid off.

Also read- BJP will face even more setbacks in UP now… why did Sharad Pawar say this? 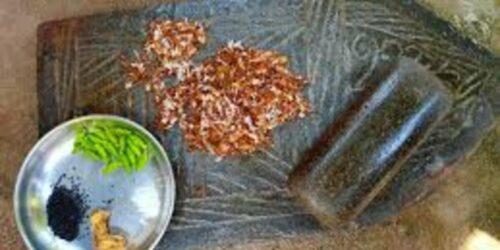 Basti Chhattisgarh Red Ant : In the dhaba, maximum people are reaching to eat red ant chutney. Rajesh, the owner of the dhaba, says that it may be because of the third wave now but people are liking it very much. Rajesh says that the first thing people ask as soon as they reach here is whether red ant chutney will be available or not. Rajesh says that I do not know from whom the corona is cured or not, but it is necessary that my dhaba has started running well due to this.

Right now BJP will get more setbacks in UP... why did Sharad Pawar say this?